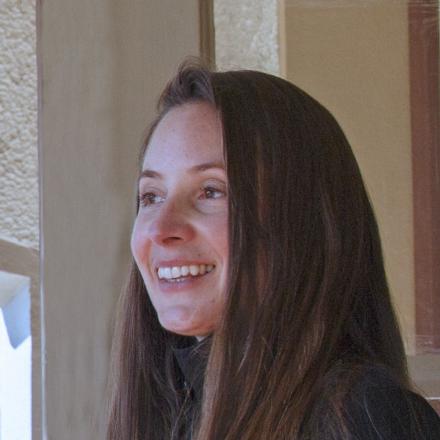 Back to all faculty

Little did I know that a college roommate’s recommendation to study abroad in India would change my life.  I studied Indian philosophy for a semester at Delhi University, where the theory of causality, previously unknown to me, hit home: mind and body are conditioned by past actions.  During the course of my first master’s degree in Christian Spirituality at the Franciscan School of Theology, I volunteered to teach, in Spanish, a nonviolence training program to displaced families in Bogotá, Colombia.  Because my naive idealism was not enough to transform those who had experienced traumatic violence, I resolved to learn Sanskrit so I could teach more effectively Indian theories across cultures.

I completed my MA and PhD in Sanskrit in the Department of South and Southeast Asian Studies at UC Berkeley.  My areas of scholarly interest include early Indian literature, particularly intermediate and late Vedic philosophy and early Buddhism.  While my research is principally informed by reading primary Sanskrit sources—a traditional philological approach that is still the standard in the field of Sanskrit studies—I also have training in Pāli, Buddhist Hybrid Sanskrit, critical theory, religious studies, material culture, historical approaches, and Hindu mythology.

I am currently editing the proceedings of the Self, Sacrifice, and Cosmos: Late Vedic Thought, Ritual, and Philosophy conference for publication and turning my dissertation on Kosalan Philosophy in the Kāṇva Śatapatha Brāhmaṇa and the Suttanipāta into a book.  My long-term goal is to write a scholarly book on Vedic philosophy with special attention to the Brāhmaṇas and Āraṇyakas.  In this project, I plan to map out more fully a Vedic conceptual register, which would provide both an increased understanding of the interrelationship of religious traditions and a new framework with which to study cultural and religious connections.

When not teaching at DRBU, I enjoy translating, meditating, writing, contemplating the rhythms of the ocean, hiking in the mountains, jogging, and traveling.  A frequent visitor to India, I have benefited from reading Sanskrit texts with pundits.  These trips serve as a reminder not to settle on any one view as “right,” but rather to accept that each of us views the world from our own limited perspective.  The texts I study and teach, as well as a daily meditation practice, help me to let go of habitual patterns constraining my mind with the goal to uncover an unconditioned awareness.