The Language strand provides the opportunity for students to examine Classical Chinese and Sanskrit source texts in their original languages. Language Tutorials are designed to equip students with tools that aid in interpreting primary texts and in better understanding how languages work in general. Students venture to learn language skills sufficiently well to approach selected texts in the original; mastery is not the goal. Through the process of reading, translating, and analyzing passages from these texts, and with the guidance and assistance of the instructor, students can more closely appreciate the nuances of meaning and style in these works. Translating from a classical language to the student’s modern language affords a deeper appreciation of how different languages work to solve common communication challenges.

In the Classical Chinese and Sanskrit Language Tutorials students will work toward and engage in careful reading of selections from primary texts in the original language, participate in classroom discussion of those texts, and develop and communicate their ideas about those texts in written format. They will develop the analytic skills and aesthetic sensitivities to appreciate the meaning and distinctive style of the texts. The program goal is for students to improve their critical thinking abilities, creative sensibilities, and communication skills and to begin formulating their own views on important issues and enduring questions of the human condition. As a result of participating in the Language Tutorials, students will acquire some of the basic skills needed to read and translate short, straightforward passages in a classical language and learn to use appropriate linguistic resources in order to analyze, discuss, and write about these passages with the added discernment translation often gives.

Students choose to study either Sanskrit or Classical Chinese or both for the first five semesters (20 units).

In the first-year Classical Chinese Language Tutorial, particular emphasis is devoted to learning the basic elements of Classical Chinese, accompanied by close reading, translation, and discussion of selected passages from the Buddhist and Chinese classics. Under the guidance of the instructor, students will read the texts line by line and translate them from Chinese into English with the help of dictionaries, reference works, and in-class discussion. 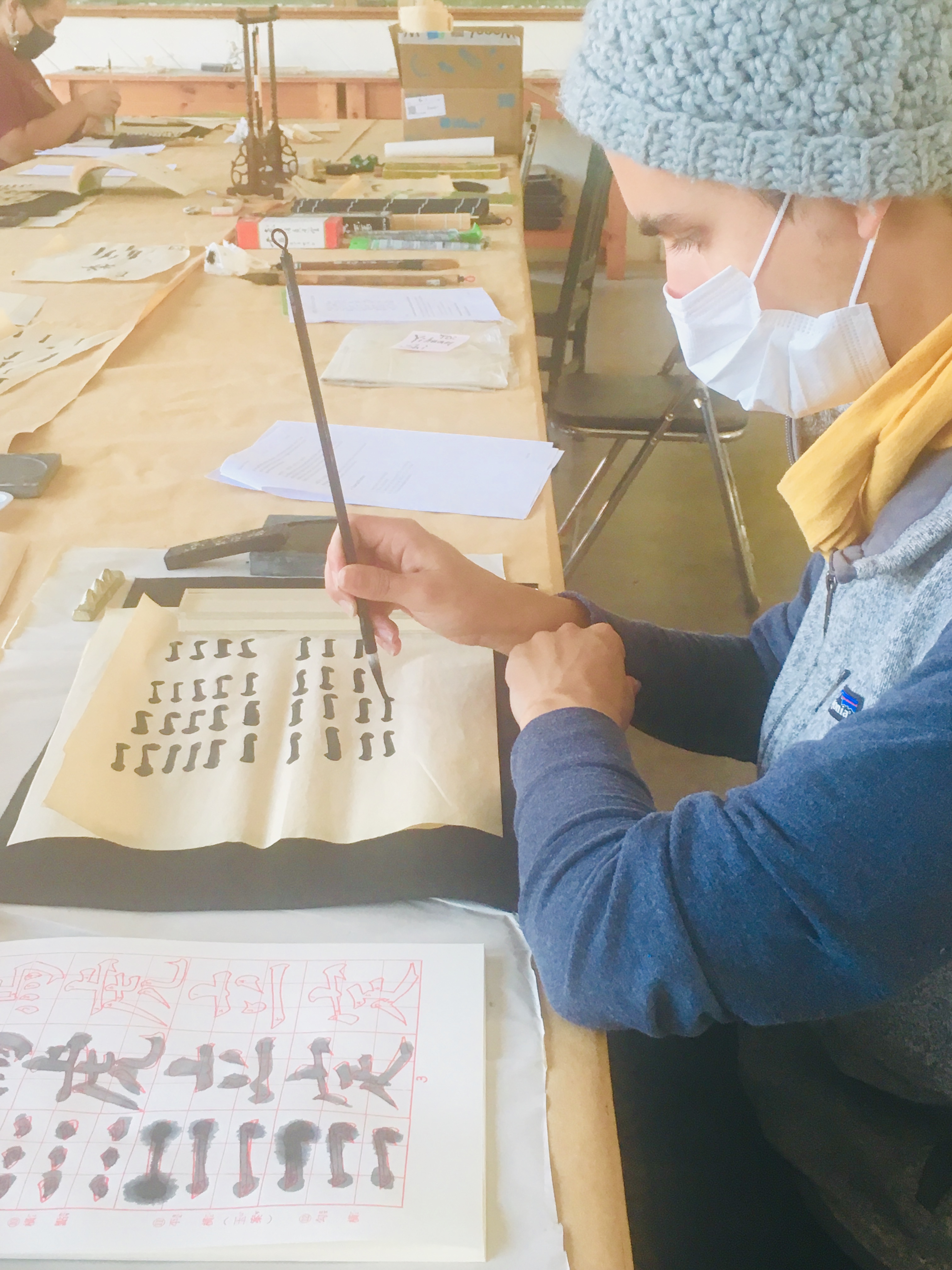 During the second and third year of the Classical Chinese Language Tutorial, students will have acquired a sufficient grasp of Classical Chinese to begin reading and translating more extended passages from major Buddhist and Chinese works. Students are encouraged to not merely translate the surface meaning of the words, but to engage in a deeper reading and conversation with the text, paying close attention to the shades of meaning and concepts that may not be readily available in common English translations. Through reading classical texts in their original language, students encounter a subtler and direct voicing of the ideas and fundamental questions such works raise.

By engaging with a primary text in its source language, students will grapple with the challenges and complexities of interpretation and translation, thus acquiring a nuanced appreciation of how ideas and thoughts become distinctively formed and conveyed through written words and language. While teamwork is the primary learning format in this course, students will also develop individual reading comprehension and translation skills.

The texts for the language strand include selections from the Avataṃsaka Sūtra, Longer Sukhāvatīvyūha Sūtra, Heart Sūtra, Dharma Jewel Platform Sutra, Shurangama Sutra, Diamond Sutra, and The Sutra in Forty-two Sections, as well as writings from Confucius, Mencius, Laozi, Zhuangzi, and Xunzi. The texts are chosen to complement the focus of the Chinese and Buddhist Classics strands. This brings the students into a close encounter with the texts, allowing them to explore multiple layers of interpretation and integrate their learning experience into a more meaningful whole—thus keeping with the overall approach of an integrated program.

In the first-year Sanskrit Tutorial, students will learn the basics of Classical Sanskrit grammar and the skills needed to read, translate, and interpret Classical Sanskrit texts. They will be able to understand grammatical concepts as they relate to the translation of Indian texts from the Sanskrit tradition into East Asian and Western languages, including Chinese and English. They will also understand the history of the Sanskrit language and its role in India and beyond. Students will be guided through readings from source texts in Sanskrit drawn from the two major traditions of classical India.

Texts may include excerpts from the Rāmāyaṇa, the Diamond Sūtra, the Heart Sūtra, selected texts from the Perfection of Wisdom literature, as well as additional readings in Sanskrit pertaining to the overall program curriculum. Students will be exposed to important Classical Sanskrit vocabulary relevant to major philosophical and literary themes that occur in Classical Sanskrit texts. They will learn to use scholarly resources, such as dictionaries and grammars, both in electronic and print media, to aid with translation. Reference texts may include grammatical texts such as Devavāṇīpraveśikā, An Introduction to the Sanskrit Language by Robert and Sally Goldman, and A Sanskrit-English Dictionary by Sir M. Monier-Williams.

During the second and third year of the Sanskrit Language Tutorial, students will devote most of their time to reading and translating selections from Classical Sanskrit source texts under the guidance of an instructor. To facilitate integration of degree program curricula, Sanskrit and Pāli texts will be chosen that reflect offerings from the Indian and Buddhist Classics strands. The Sanskrit texts chosen will highlight the major themes that pertain to the individual, society, and the world as seen through the perspective of ideas about knowledge, values, and communication. Consideration will be given to how Indian theories about language and knowledge relate to Indian techniques for transformation. Works chosen from Hindu, Buddhist, and related traditions will show common and contrasting themes that recur throughout the Indian classics. Students will look at what these texts suggest about the nature of reality, wisdom, and how to lead a meaningful life.

Buddhist readings will come from various Theravāda and Mahāyāna texts, including primary texts and commentaries. Non-Buddhist selections will come from Vedic, Brāhmaṇic, Purāṇic, Epic, Jain, and other literature. Buddhist texts may include but are not limited to selections from the Prajñāpāramitā literature, Lotus Sūtra, Sukhāhvatīvyūha Sūtra, Avataṃsaka Sūtra, Pāli suttas, Dhammapada, Visuddhimagga, Nikāyas, Jātakas, Lalitavistara, Mahāvastu, Mūlasarvāstivāda Vinaya, Mūlamadhyamakakārikā by Nāgārjuna, Abhidharmakośa by Vasubandhu, and Buddhacarita by Aśvaghoṣa. In addition to classical Sanskrit references, Pāli and Buddhist Hybrid Sanskrit dictionaries and grammars may be used.

The primary objective of the Sanskrit Language Tutorials is to help students learn to interpret texts, analyze their philosophical and linguistic framing, and explore their greater implications for the personal, social, and natural spheres of life. Students will be able to discuss and write about the meaning of significant texts in relation to questions of classical and contemporary import in a way that meshes with overall program goals to develop critical thinking, enhance communication skills, and stimulate a love for lifelong learning.

Selection of authors and works explored in the Language strand

The Sutra in Forty-two Sections