India is home to one of the earliest records of human wisdom, meticulously preserved and passed down orally for thousands of years before being committed to writing. The Vedas, meaning knowledge, document the insight of the ancient ṛṣis, those who could directly see reality for what it is. The Vedic corpus has always been venerated for the probing vision of the seers, and yet the exposition of Indian wisdom has evolved over time in response to changing historical and cultural conditions as well as human receptivity. As a result, Indian classical texts present a rich compendium of approaches to the age-old questions of what it means to be human and to live a fulfilled life in society.

In India, philosophy is called darśana (seeing) because it is the distinct product of the seeing or understanding of the ancient sages who dedicated their lives to observing the world and how their minds form an understanding of it. Classical Indian thinkers expounded elaborate theories of an unconscious, the causal basis of the mind, a cyclical process of time and history, as well as a unitary, limitless source for all life. The diverse schools of thought—from the Upaniṣads and Sāṃkhya to the contemporary social philosophy of Swami Vivekananda and Mahatma Gandhi—offer students compelling descriptions of the human condition, not to mention vestiges of the stirring debates that ensued between schools. Proficiency in Indian classics will culturally contextualize Indian Buddhism and the classical literature comprising religiously diverse themes. 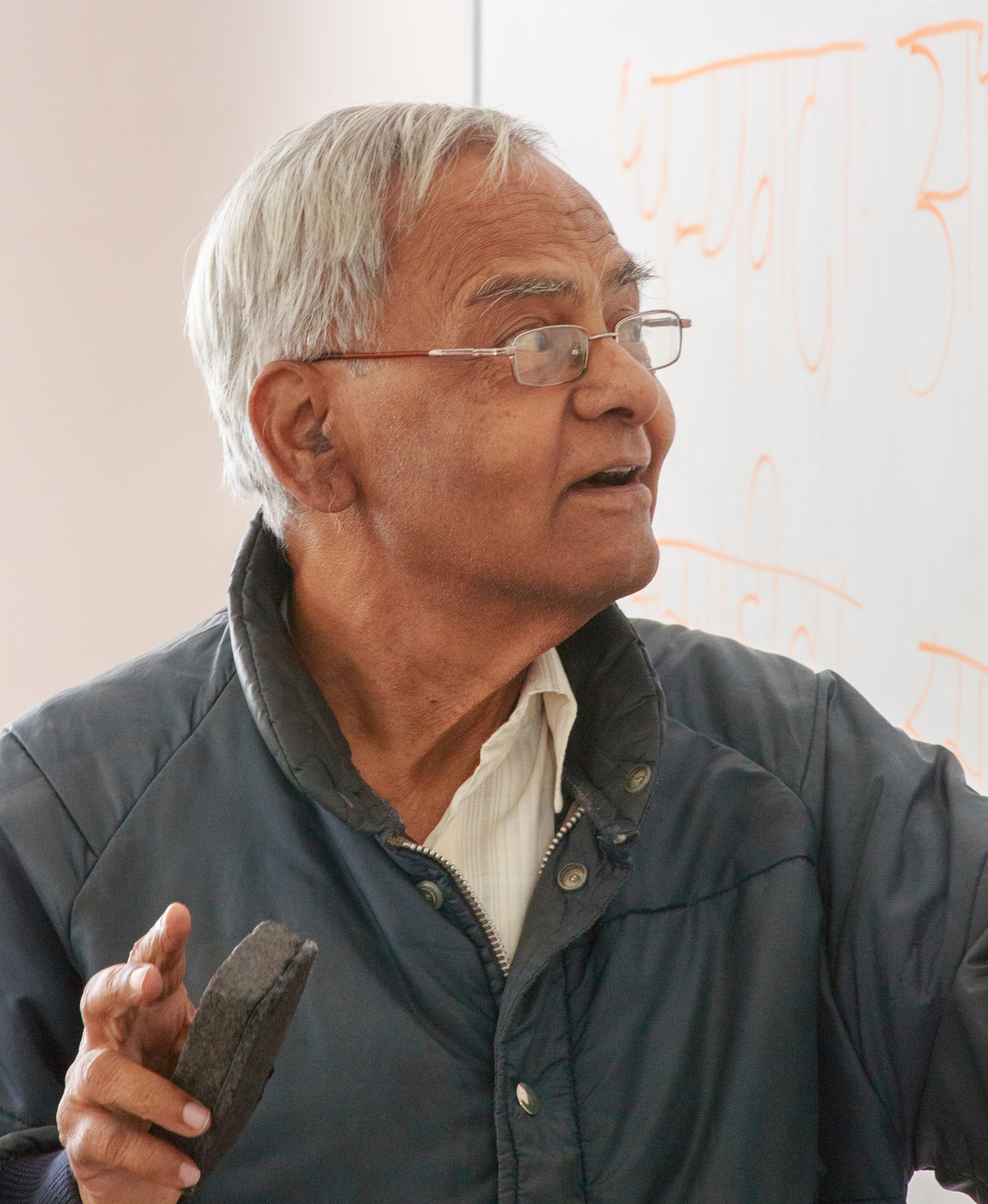 Through close reading of primary texts, students will consider issues fundamental to Indian systems of thought. For example, what is the influence of past karmic tendencies (saṃskāras) on present moment experience? What is the relationship between language and reality? What kind of behavior is socially responsible? Students will read Indian insights into causation, human nature, and the goals of human life (puruṣārtha). They will explore South Asian perspectives on religious thought and practice, the structure of the human mind and perception, paths to liberation, and limitations to infinite freedom. Through their engagement with the texts, students will grapple with the perennial riddles of existence and human potential.

The Indian Classics Strand enables students to develop a sincere appreciation for texts, while at the same time encouraging them to critically evaluate the ideas presented. Following Indian tradition, no views are to be accepted unless the students’ direct experience corroborates what they read. By understanding the texts in the spirit of transformation intended by their authors, students will develop the capacity to see the world through a traditional Indian perspective.

In the course of a year, the Indian Classics strand aims to lead students not only in discovering the content of particular knowledges spanning the history of Indian literature, but also in generating the confidence to apply their skills to contemporary discourses. Through their encounter with Indian philosophical systems, students will explore the concept of self, the process of knowing and experiencing the world, and the nature and function of knowledge. Reading classical Indian literature will contribute to the students’ ability to live responsibly, think critically, value diverse perspectives, and troubleshoot from multiple vantage points.

In the first semester, students will read a sampling of early Indian philosophy. Beginning with selections of Vedic literature, students will proceed to read from at least one school that interprets the Vedas to consider philosophical and exegetical responses to these texts. Students will read the texts in this order because the later texts assume prior familiarity with earlier ones. In addition to Vedic literature, students will read from the epic Mahābhārata, of which the Bhagavadgītā forms a part, and its philosophical underpinnings. Passages from modern Indian texts by Swami Vivekananda and Mahatma Gandhi will also be read in order to show that classical texts, adapted for modern times, are still living traditions in Indian society.

In the second semester, the philosophical notions introduced in the first semester will be explored through classical Indian literature. Building on the cultural understanding of philosophical texts, classical poetry, prose, and drama will be read to survey the development of ideas over time. The journey across India’s classical literary masterpieces is undertaken for the sake of the students’ own self-reflection and transformation.

In the third semester, texts from other major Indian religious traditions will be read and discussed, such as Jainism, Śāktism, Śaivism, and Sufism (although many practitioners of Sufism maintain it is not a religion).

In semester one, students will read selections from Vedic literature, including the Vedas, Brāhmaṇas, and Upaniṣads, focusing on creation myths, unity and multiplicity, religious practice, self-realization, and concepts of the absolute, death, and desire. Students will also read from at least one school of Vedic exegesis, such as Vedānta. Students will then read Sāṃkhya, and Yoga philosophies, and framing passages from the epic Mahābhārata and its Bhagavadgītā. Through these texts, students will take up questions about the goals of human life, nonviolence, a steady mind, and nonattachment.

In semester two, students will read classical Indian poetry, drama, and prose literature, which build on the philosophies studied in the previous semester. After reading passages from the epics—the Mahābhārata and Vālmīki’s Rāmāyaṇa—students will read theater masterpieces, such as Kālidāsa’s Recognition of Śakuntalā and Bhavabhūti’s Rāma’s Last Act, the plots of which were adapted from these two epic tales. Prompted by the entertaining medium of performance, the class will further explore enduring questions on the human condition, social duty, and devotion, before turning to poetry and doing a close reading of texts like Aśvaghoṣa’s finest work, Handsome Nanda. These Hindu and Buddhist literary works investigate the psychological influences of past karmic impressions, enslavement to desire, human relationships, and the social conduct of an exemplary man.

In semester three, students will explore a range of religious traditions from a broadly conceived Subcontinent. Students will discuss key ideas from Jain, Goddess, Śaiva, and Islamic traditions, such as ahiṃsā (non-injury), śakti (energy), the true Self, nature, and harmony. The texts range from ancient to contemporary times and investigate the individual’s place in the larger whole. A fascinating spiritual tradition which extends from Turkey in the west to Iran, Afghanistan, and India in the east—Sufism includes some of the greatest poetry the world has produced. The poetry of a few of these great Sufis will comprise the bulk of the third semester reading, though there is also some wonderful prose.

Selection of authors and works explored in the Indian Classics strand