The Master of Arts program in Buddhist Classics provides an understanding and appreciation of Buddhism through close reading and careful analysis of its primary sources: sūtras/suttas, abhidharma and śāstras, and śīla texts. 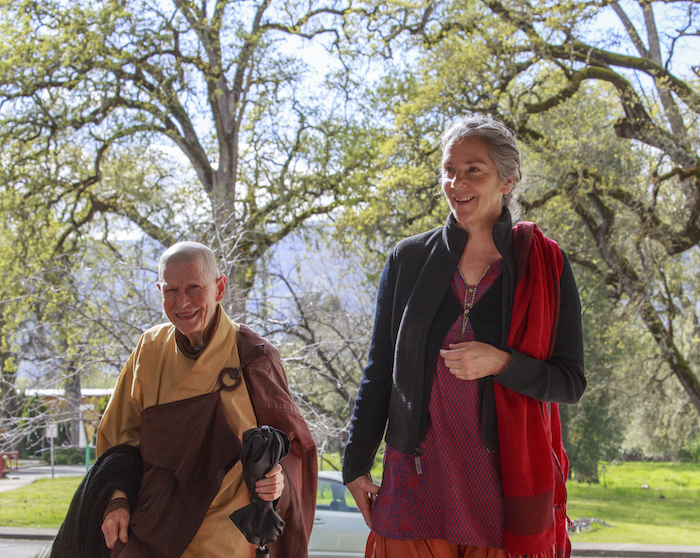 The choosing of primary texts and the order in which they are studied poses a question that has faced Buddhists from the outset: how to compile the teachings? The Buddha, who lived in the NorthEastern Bihar and Uttar Pradesh regions of India, died around 400 b.c.e. and left no written texts. Initially, there was no corpus of sacred scriptures used by, or even penned by, the Buddha. The sermons, dialogues, stories, moral guidelines, and commentaries that now make up the collected works were initially passed through word of mouth. A written tradition did not emerge until centuries later.

The Buddha by all accounts adhered to a lively, engaged oral tradition where in the course of his forty-nine-year teaching life he adapted his teachings to the intellectual and moral dispositions of his listeners. From the remedial point of view, the Buddha saw himself as a healer of universal suffering, a physician of the mind who varied the remedies according to the diseases to be cured. The selection and sequence of texts, their importance and value, thus can be effectively classified according to their remedial purpose and how they were matched with potentials. This scheme locates the Buddha, by his own definition, as less a theologian or religious figure and more as teacher, spiritual guide, and “therapeutic” philosopher. The MA program in Buddhist Classics approaches the texts in the spirit of their original aim—as a body of teachings whose primary function is soteriological: to facilitate awakening, liberation, and an end to suffering (duḥkha). Never intended as a fixed canon of dogma and belief, the works were conceived as pragmatic and psychological catalysts for change. They present themselves as a lively repository of expedient means (upāyakauśalya) in diverse genres that, when taken together, cover a wide range of differing human capacities for inquiry, understanding, and insight.

The curriculum, spread out over a two-year course of study, is designed to expose students to key ideas and issues of the Buddhist philosophical 34 DRBU 2021–2022 Catalog tradition as conveyed through its rich and diverse collected works. The curriculum consists of six core seminars focusing on major and minor works that cover the wide range of genres, styles, practices, and forms that make up the Buddhist experience. This core is complemented by five courses on hermeneutics, comparative and Buddhist, which examine methods and theories of interpretation, and a language study component based on the idea that grasping the meaning of a text is enhanced by reading it in its original language.