What are we reading at DRBU? The Course in Buddhist Reasoning and Debate

The following is a brief recommendation from James Roberts, instructor for the Music I, Natural Sciences II, and Western Classics IV courses in the B.A. program this spring.

I've been reading The Course in Buddhist Reasoning and Debate by Daniel Purdue. This is a college textbook, but I'm actually reading it just for fun. It's also not a "Great Book" or a historically primary text -- but in a sense it is primary, in that the author is recording an aural tradition he inherited from monasteries in Asia.

The Course in Buddhist Reasoning is actually a partner activity book. It is mostly made up of structured debates that you can practice with a debate partner, and there's a lot to learn along the way. On the surface, you'll learn some things about the content and structure of Buddhist philosophy. On another level, there's a lot to learn about what we think is true, how we communicate and what we think we're communicating (but might not actually understand that well.) It's a really fun exercise for finding out about yourself, with other people. 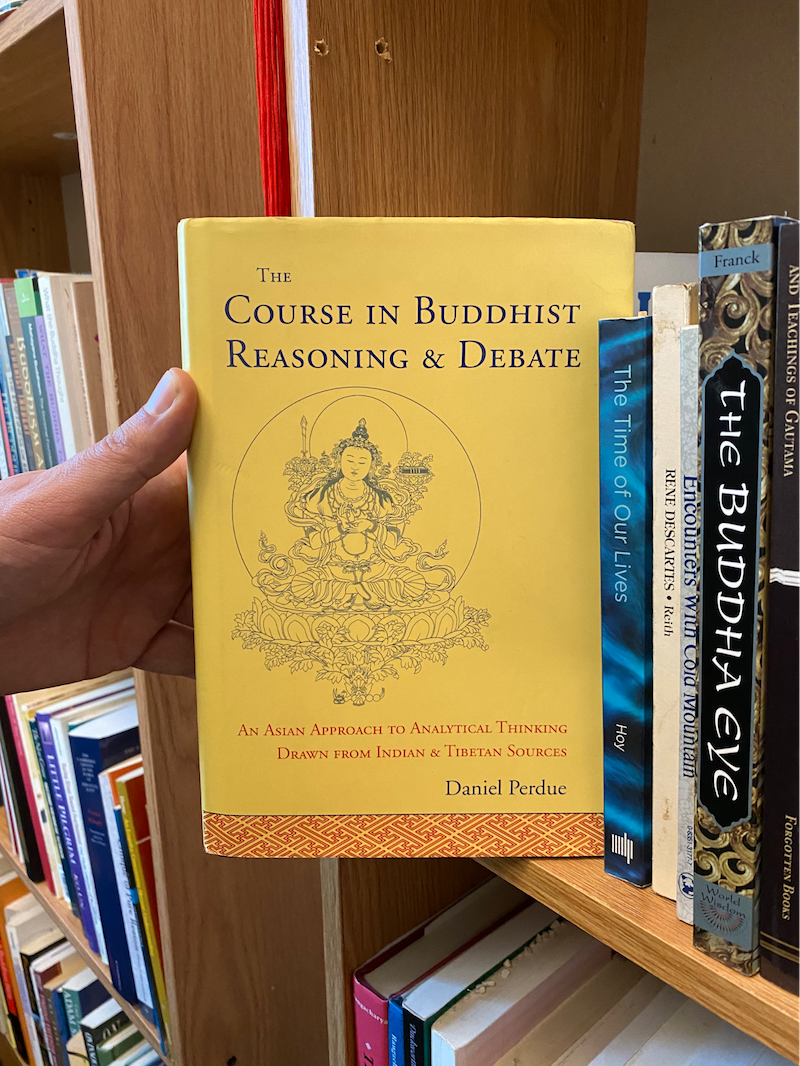 The mode of thinking is also very relevant for modern thought. The structure of debate is "different," as the author mentions, in that it starts out with a method for analysing categories, rather than trying to synthesize a conclusion. For example, you first learn to discuss particular characteristics of things -- perhaps a lamp or a chair, something within your experience -- rather than in more "traditional" debate where you would start out with a relatively high-level point (maybe that lamps should be turned off to save energy.)

This seems like such a simple approach, but it has a lot of implications for modern philosophy, narratives, scientific methods, and by extension, society as a whole. If statements are based on a critical analysis of categories, rather than an attempt to synthesize existing categories, the results often look quite different. This approach can impact something as mundane as a business plan, or as profound as the definition of existence in quantum mechanics. There's a lot to explore with it.