This past spring semester, DRBU held landmark events that enveloped visitors and students alike in a communal spirit of openness, learning, and storytelling.

“In the Buddha’s Footsteps” with Dr. Nakasone 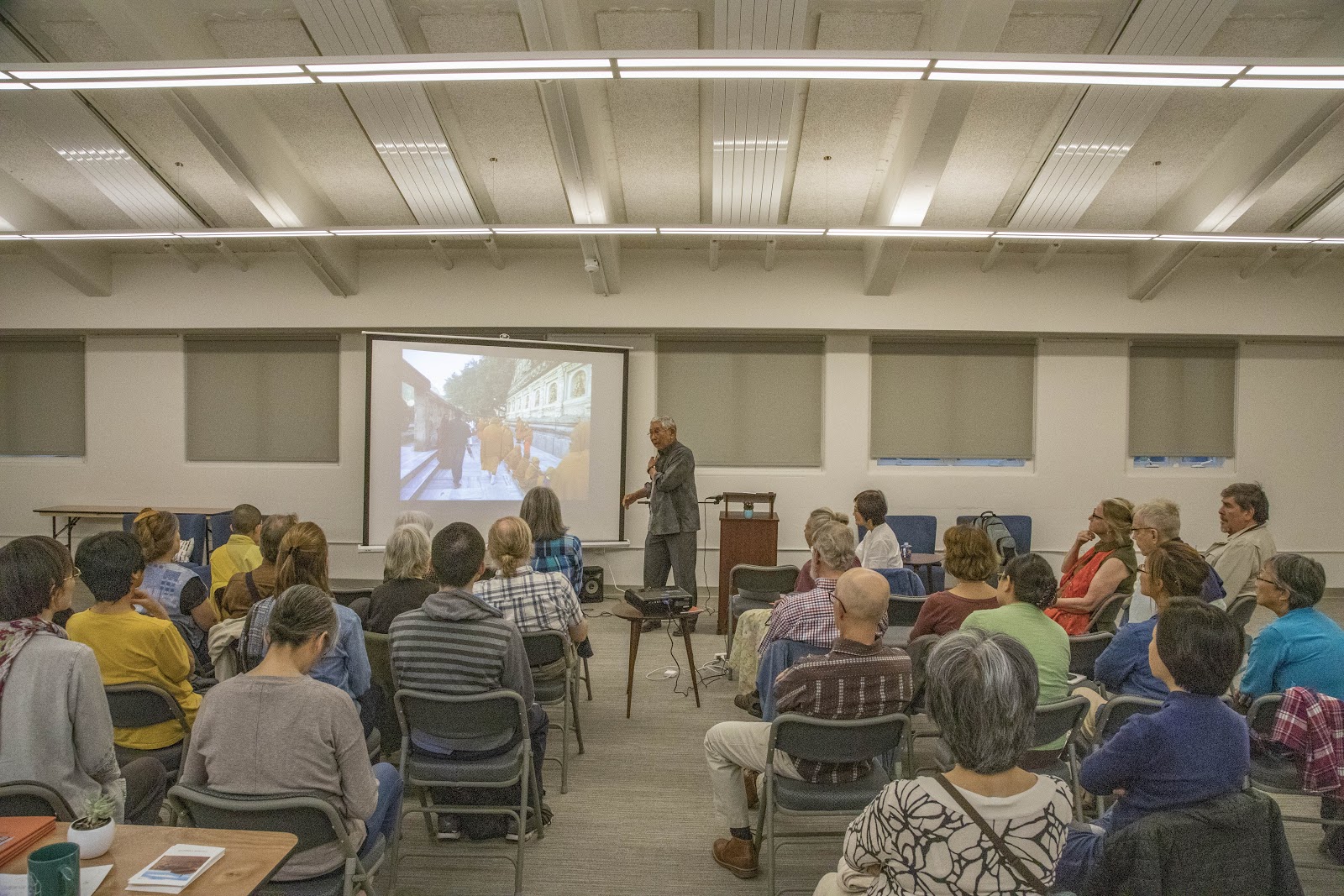 Professor Ronald Y. Nakasone, a member of the Core Doctoral Faculty at the Graduate Theological Union in Berkeley, California, presented “In the Buddha’s Footsteps” on April 25, 2019 as an extension of the DRBU Arts Initiative exhibition: Śākyamuni Buddha: A Story. In this DRBU Symposium event, Dr. Nakasone recounted his recent pilgrimage to India and Nepal, where he visited sites that highlight quintessential moments in the life of Śākyamuni Buddha.

Dr. Nakasone showcased his photos of these sites and shared his experiences, interweaving the story of the Buddha’s life into his presentation. He emphasized four main pilgrimage sites that the Buddha told Ānanda, his disciple, that people could visit for inspiration to practice: Lumbinī, Bodhgayā, Sarnath, and Kuśinagara. Dr. Nakasone explained that Lumbinī is where the Buddha was born, that Bodhgayā is the place of the Buddha’s enlightenment, and that Sarnath is the place where Śākyamuni Buddha gave his first teaching of the Four Noble Truths. Additionally, Dr. Nakasone expressed that the last site, Kuśinagara, is where the Buddha passed away. Dr. Nakasone also mentioned that although some sites fell into disrepair or were hidden to protect them from invasions, the locations have been preserved through protection efforts of the Burmese and sponsored restoration repairs. 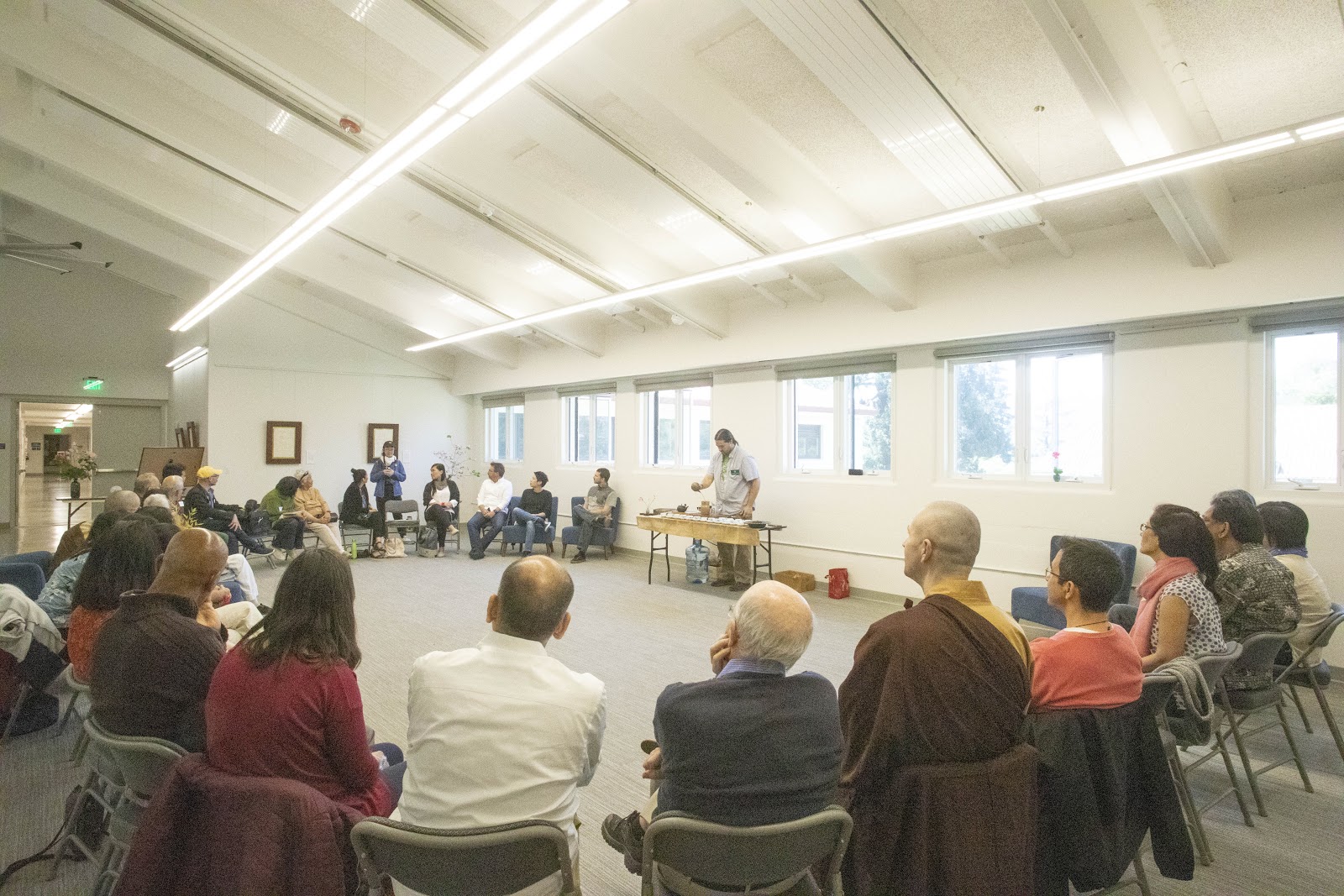 On April 29, 2019, volunteers from ServiceSpace joined DRBU’s Three Treasures Tea Club’s weekly gathering. While drinking tea from around the world, students and faculty shared brief reflections on their DRBU experience. Later, DRBU faculty members led the volunteers in a shared inquiry demo. The day concluded with a ServiceSpace public forum, during which four ServiceSpace volunteers presented their professions and how they were each deeply intertwined with the concept of compassionate giving. 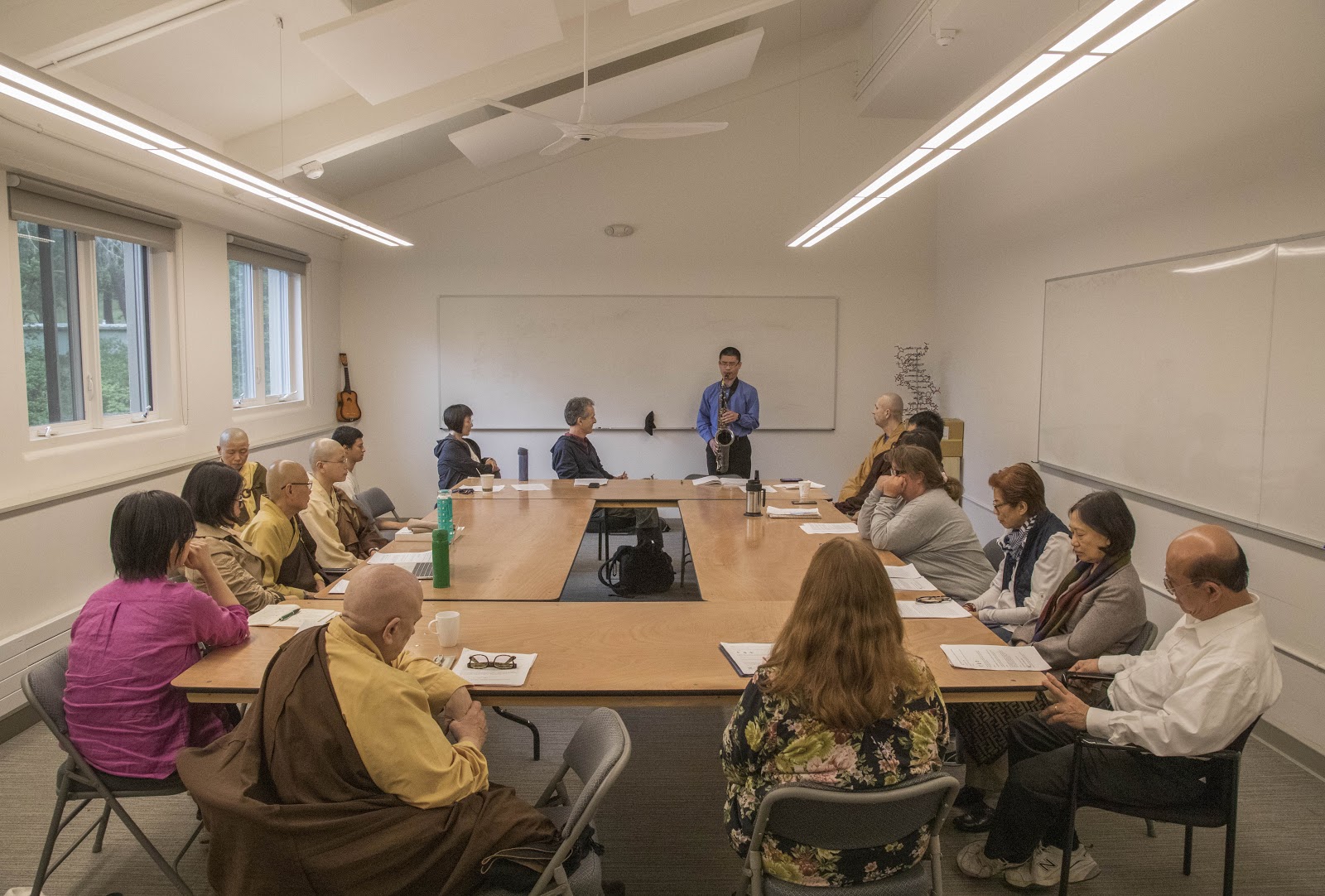 In honor of Venerable Master Hsüan Hua, who often encouraged his disciples to use primary texts to ground themselves in their cultivation to better themselves and society, DRBU hosted the 2019 Hsüan Hua Memorial Symposium on May 23, 2019. During the Symposium, students and faculty presented their papers, written with research from Buddhist, Chinese, Greek, and Indian primary texts, to expound on the theme: “Mirrors for Reflecting: Reading Texts Across Traditions for Self-Cultivation.” 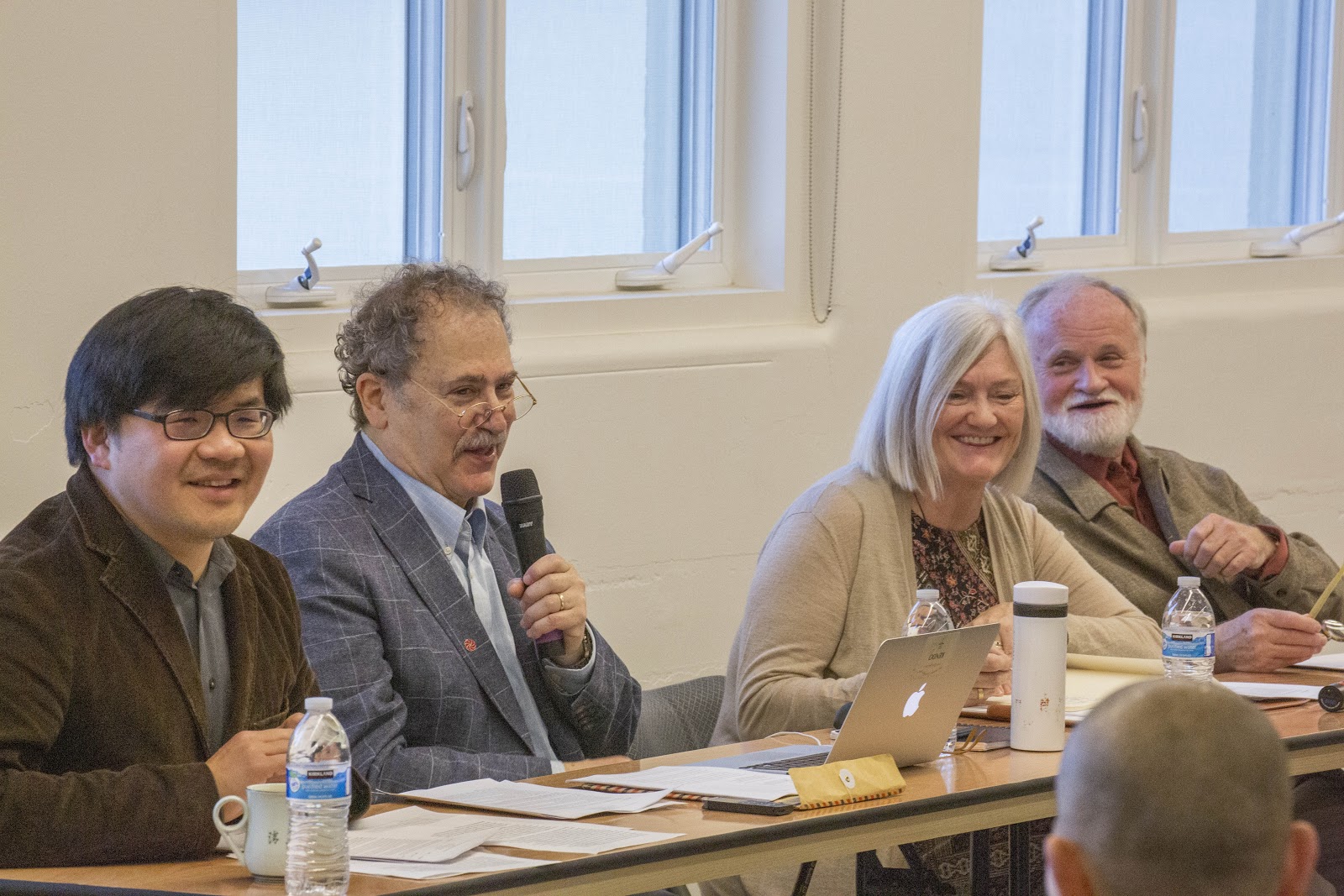 The symposium began with three keynote speakers: Dr. Harold Roth, Dr. Jane Kelley Rodeheffer, and Dr. Martin Verhoeven. First, Dr. Roth, the Director of Contemplative Studies at Brown University, presented, “Discovery Versus Development in Traditional East Asian Models of Self-Cultivation.” Then, Dr. Jane Kelley Rodeheffer, the Fletcher Jones Chair of Great Books at Pepperdine University, introduced, “On the Cultivation of Virtue: Reading Confucius Reading Plato.” Concluding the three speakers, was DRBU’s Dean of Academic Affairs, Dr. Martin Verhoeven, who spoke on “The Future of the Past: Gazing into the Water-Mirror.”

Afterwards, students and faculty presented in the following panels: 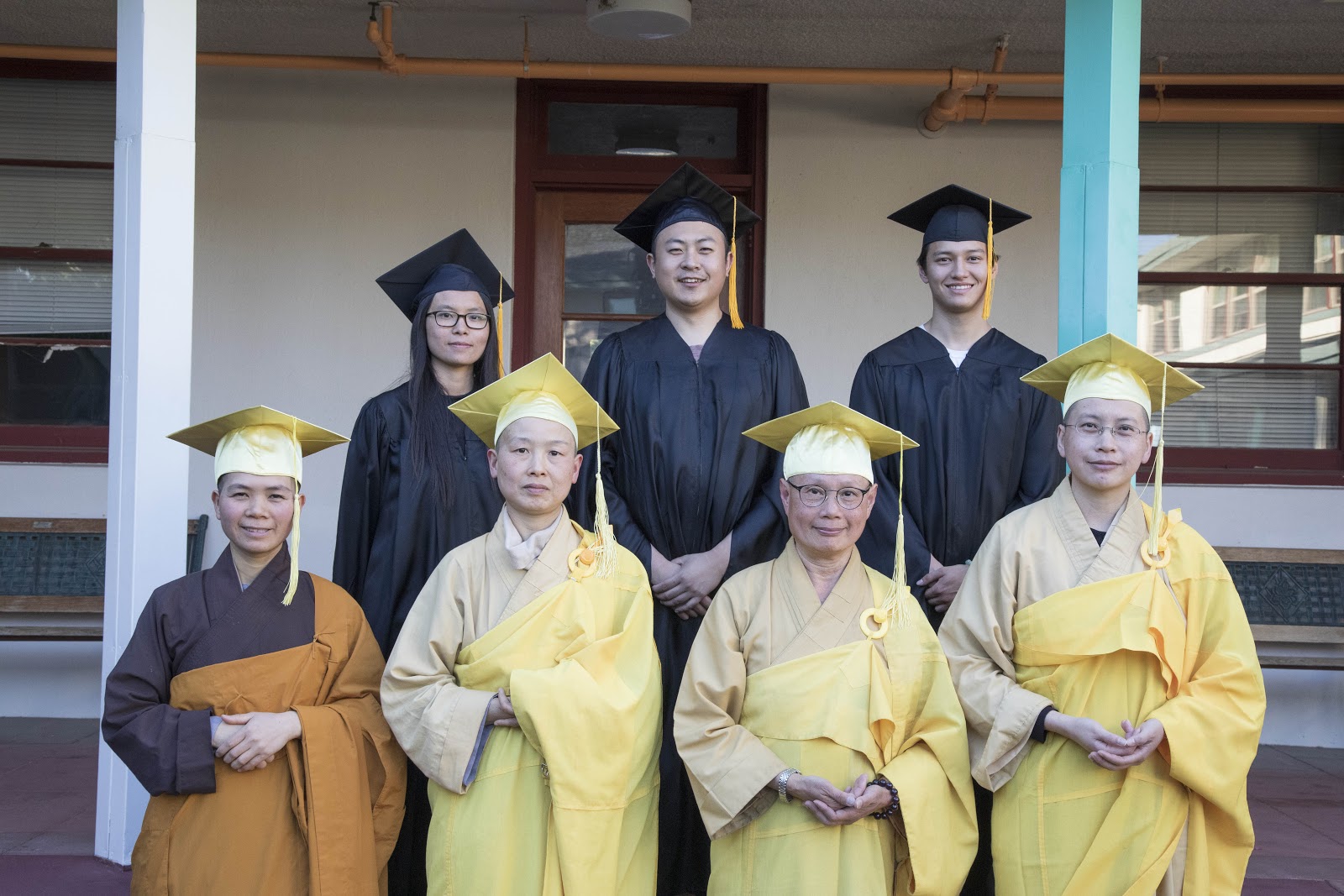 DRBU’s commencement ceremony on May 24 highlighted both the graduating Bachelor’s and Master’s classes of 2019. The undergraduate students were in DRBU’s pilot Bachelor’s program and were the first undergraduate class to graduate from DRBU after it received WASC accreditation.