How to Bridge The Divide?

We asked Professor Doug Powers for his thoughts on the recent election and the psychology of American politics. How can we bridge the divide in the US today?

As human beings our natural tendency is to look outside ourselves when we look at the problems we’ve encountered with the election. When we look at things we find to be repugnant to what’s good for society, is there a Buddhist approach that allows us to focus on our own part within this?

How can we connect with people that want to deny other people their right to occupy the human space?

Doug: Well, of course, you’re basically asking the question, “How does a bodhisattva develop?” 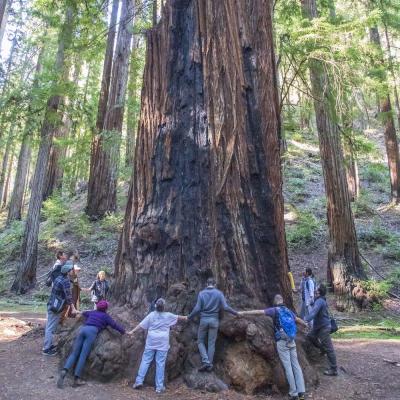 From the point of view of social justice, Guan Yin Bodhisattva is totally unfair, because Guan Yin is there attending to every sentience with loving kindness, compassion, sympathetic joy, and equanimity, universally to every consciousness at every moment of every experience, toward the goal of having that person truly have less suffering and be able to attain a greater sense of bliss.

So, just think of yourself in that way with every person – that you’re willing to engage each sentience, totally sympathize with their experience.

I would hypothesize that if you’re actually able to engage other sentient beings in that way, you’ll have better odds of having a true impact through them feeling better about themselves, and to impact the resentment, anger, and all these other elements that are at the base of the things we’re talking about.

This might be the only way that we can actually transform other beings, in the sense of having them in turn be more generous and give more space to other people’s existence.  The only way to help people open up and give more space to others is for them to feel okay in themselves in a way that then allows them to not have to be so defensive.  You’re not going to do much by pointing out that the other person is not being just or is not opening up space for other people.  That isn’t going to work because the person’s going to immediately turn defensive about that characterization.  And it doesn’t do anything for the person’s own sense of lacking, loss, and so forth that is the basis of their whole sense of not having enough room for any kind of larger generosity.

If their hearts aren’t mended in their sense of their own selves, then they have no space for generosity in their own process.  I don’t think there’s any other way to do it without conflict – without just getting back into the same clash.