DRBU will be co-hosting the 25th Annual Conference of the Association for Core Texts and Courses (ACTC) in April at St John’s College in Santa Fe. Five faculty members will be presenting papers, including Bhikshu Jin Chuan (“Contemplative Exercises: Immersion in Mindful and Skillful Communication”) and Huali Yuan (“Integral Wholeness (Chéng): The Inner Compass of Being Centered and in Touch with Nature”). 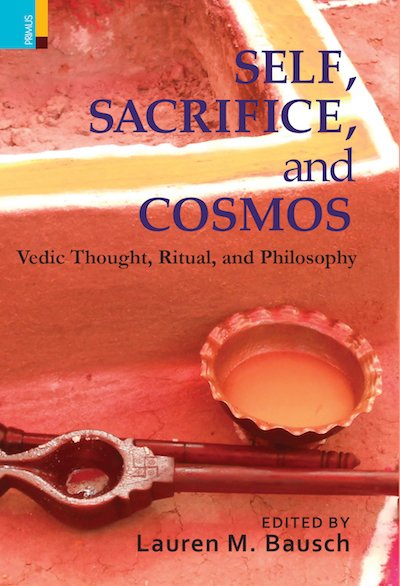 Professor Lauren Bausch traveled to India over winter break to participate in the launch of Self, Sacrifice, and Cosmos: Vedic Thought, Ritual, and Philosophy, the book she edited based on the proceedings of a Vedic studies conference that DRBU co-sponsored with UC Berkeley in 2016. Featuring eleven articles by leading Vedic scholars from around the world, the book was released by the celebrated historian of ancient India, Professor Romila Thapar, along with other Indian professors, at the Indian International Centre in Delhi. http://www.primusbooks.com/showbookdetail.asp?bookid=227