Entertrainment: A Meditation on Netflix? 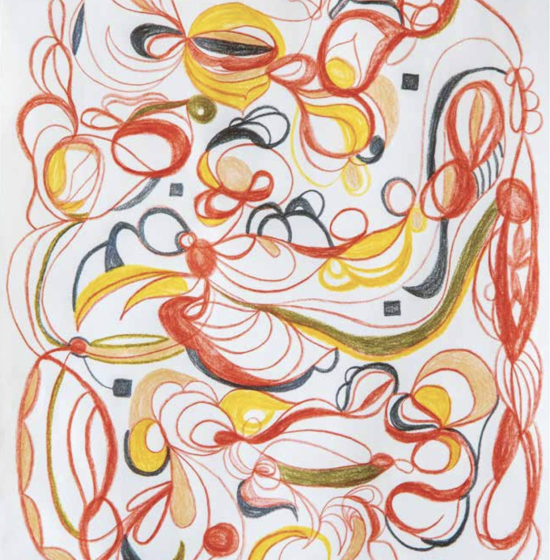 JANUARY 2021
I signed up for Netflix on the day of the anticipated release of season four of The Crown. A frenzied tangle of conditioned arising resulted, one show at a time over winter break. Because I was also meditating three hours a day, I observed the effect on my mind. This is what I learned.

CRAVING FOR EXISTENCE.
I love stories, and it really doesn’t matter whether the story is about me or someone else. The ensuing emotional experience, ever so enjoyable, is basically the same. In riding the waves of emotions while engrossed in stories—such as the trials and tribulations of Beth, the female chess champion in The Queen’s Gambit—the mind registers change and gets off on the highs and lows. Upon reflection, the desire to register such change seems to be a subtle craving for existence, a principal cause of duḥkha. In meditation, it became increasingly difficult to follow only the breath because I had become used to constant stimuli. The mind often drifted to memories of past stimuli in an attempt to experience something.

THE PULL TOWARD PLEASURE.
The mind is especially drawn to pleasurable states. Juicy period dramas like Bridgerton in particular arouse spectacular bouts of pleasure. Boredom may be considered the absence of enjoyment, so if, while the mind is paying attention to the breath, memories associated with pleasurable feelings arise, the mind prioritizes what feels good. Experiencing the whole body, I will breathe in. Experiencing the whole body, I will breathe out. Simon and Daphne’s hands touch in the gallery... ... ...Realizing the mind has drifted, I return to experiencing the body while breathing in and out—until drifting again. “I am yours. I’ve always been yours.” This continues until I realize I’m off again and bring the mind back to the body. It takes a lot of work to train the mind to see those pleasurable states for what they are: a trap. Indulging in pleasurable states conditions the mind to find enjoyment in reliance on them, rendering a free mind dependent on more such conditioned states to feel happy. For this reason, another cause of duḥkha is craving for sense pleasure. While it feels good, this kind of pleasure is addictive and insatiable. The more the mind gets hooked, the harder it is to rest at ease in the mind’s inherent brightness and native joy.
I noticed that pleasurable states are also used by my mind to escape from painful ones. If a thought, sensation, or memory arises that is painful or scary, the mind immediately tries to switch to something pleasurable, like to the clever and independent Enola Holmes outsmarting her brother Sherlock. This aversion is not healthy because the information from the unpleasant conditions is not received and the conditions are not seen for what they are: a conglomeration of factors both dependently arising and fleeting. Aversion sets up habits too. Not to mention that the desire to avoid pain is another cause of duḥkha: the craving for non-existence. By trying to escape from pain through aversion I am only tricking myself into resisting a possible solution: being interested enough in the conditioned factors to see them for what they really are.

INTERCONNECTION.
Very often that good feeling has to do with love. The mind incessantly wants to connect. Perhaps it is because originally, before the first thought of desire, the mind is inherently connected to everything. Interconnection is the natural state of the mind. Even Force-sensitive Grogu, hunted by the Galactic Empire, conceals his powers and forms an attachment to the Mandalorian, with whom he feels safe. In our confusion, we seek this connection with another person, or other people, but that is because we have forgotten who we are. Because we have forgotten, we can experience stories about ourselves on many different levels. But the connections forged in this forgetfulness are limited to the degree that we are playing a part in a story and the results do not yield what we truly seek. The irony is that the connection that we seek all along is always there—it cannot not be present, but we forget.

FORGETFULNESS.
Many movies and TV shows appeal to us because they draw on certain themes that most of us can identify with in our state of forgetfulness. In addition to wanting to connect, we want to feel worthy. Many storylines speak to class divides: the prince falling in love with a commoner, the aristocrat inciting romance with a servant. A case in point is Sir: Is Love Enough?, which is adorned with pregnant empty spaces characteristic of classical Sanskrit literature. All of this screams, “Even though I am not good enough, my worthiness is possible.” We have forgotten our inheritance as human beings. We have forgotten who we really are, irrespective of any acceptance or external recognition.

THE DESTRUCTIVE POWER OF GREED.
Forgetting might have to do with grasping, just like a mind rooted in greed is often associated with a pleasant mental state. In Wonder Woman 84, the FBI sends the museum where Diana Prince is employed a mysterious stone to identify. Reading the Latin inscription on the stone that says to make a wish, Diana secretly wishes to get her boyfriend back. Unbeknownst to her, the stone grants the wish, but also takes what is most precious to her. Steve Trevor returns (in another man’s body), but she has to decide whether losing her innate superpowers is worth holding onto her desire. The story highlights the destructive power of greed—namely, when we want something, we lose what is of most value to us. This made me think that the mind operating on the pull toward pleasure or chasing after desires loses touch with the original mind, which is there all along, but only shining forth in all its glory when not covered over by grasping after conditions. For everything we get, there is something we lose. The less we seek, the more we realize we already have, that we already are.

Long story short: I deactivated Netflix after realizing how dependent my mind had become on losing myself in stories and finding pleasure in illusions. Then came a long detox. Perhaps a new friend is right: giving up watching movies enhances general mental health. It is certainly easier to observe what is happening in the present moment when the mind is not full of evocative scenes from films.
This experience provides a practical lens into some early discourses on the skandhas in the “Khandhasaṃyutta” of the Saṃyuttanikāya that Bhikkhu Bodhi taught in Pāli class many years ago. In the “Samādhisutta,” one who cultivates samādhi understands the origin (samudaya) and the passing away (atthaṅgama).1 The origin means that one finds pleasure in, welcomes, and persists in clinging to the five aggregates— which is also the origin of the whole mass of suffering. Passing away means that one does not find pleasure in, welcome, or persist in clinging to the five aggregates—which is likewise the cessation of the whole mass of suffering. The difference between the two is whether one clings to conditioned pleasure or not. The enjoyment (assāda) of the aggregates consists in the fact that pleasure arises based on them, but the danger (ādīnava) is that these aggregates are subject to change.2 The way out is to remove desire (chandarāga). The Awakened One said, “one who seeks delight in form [feeling, apperception, volitional formations, and consciousness] seeks delight in suffering…One who does not seek delight in suffering, I say, is freed from suffering.”3 One is liberated through disenchantment (nibbidā) with the aggregates and through not grasping them.4

I see this delightful experience—yes, I thoroughly enjoy watching movies—as a contemporary application of the Buddha’s teaching about the danger in enjoyment and the need to escape, not into another fantasy, but out of fantasy all together. The danger is that chasing after pleasure dependent on conditions is not just a source of enjoyment, but also a source of suffering (craving for sense pleasures, existence, and non-existence). As Vīryaśrīdatta says, “What wise being would consider a wound as bringing happiness because it gives a slight joy to sprinkle it with water?”5 Soul taught me that we constantly have to watch our step and treasure each miraculous moment of life, which sometimes requires seeing things from a fresh perspective. I do not resign myself to a life of misery, but neither do I wish to rely on an incessant pleasure fix. A more basic joy is present unconditionally if only I am curious enough to welcome its emergence.