Our newly restored university building, which will be the centerpoint of the DRBU campus, is already receiving community interest--and it's not even open for use yet! We hope you enjoy the attached article, by a writer who was clearly inspired not only by the thoughtful restoration of this historic space, but of DRBU's dedication to mindful study and activity.

By John Winters, for The Ukiah Daily Journal
Saturday, June 17, 2017

When Gov. Ronald Reagan decommissioned the Mendocino State Hospital in 1972, a sprawling community of physicians and nurses, patients, craftspeople, laborers and professionals of all kinds was dissolved, leaving behind a campus of over 70 large buildings, three gymnasiums, a fire station and a swimming pool. 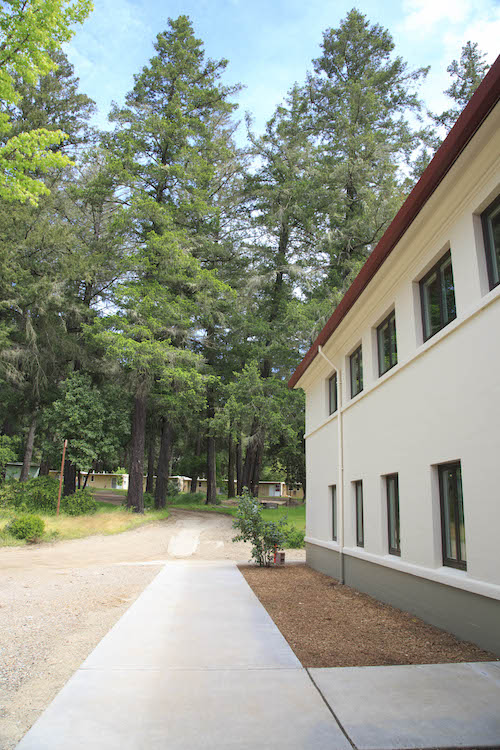 Two years later, Venerable Master Hsuan Hua founded the City of Ten Thousand Buddhas on 488 acres of former Mendocino State Hospital land that his organization, Dharma Realm Buddhist Association, purchased to create an environment where the teachings of the Buddha could be transmitted in America.

“Our founder came here and said, ‘This is where we’re going to expand. This is going to be our headquarters,’” said Kristine Ang Go, director of Campus Planning and Design for Dharma Realm Buddhist University.

“And so, he purchased the place, and he started the three schools, Instilling Goodness Elementary School, Developing Virtue Secondary School boys’ and girls’ division, and Dharma Realm Buddhist University.”

Go recently oversaw the conversion of the large, X-shaped building at the center of the City of Ten Thousand Buddhas — nearly 28,000 square feet over two floors — into the new main building of Dharma Realm Buddhist University through a change of occupancy renovation of the building at 5950 Proper View Way, which is known as the “South Wing.” 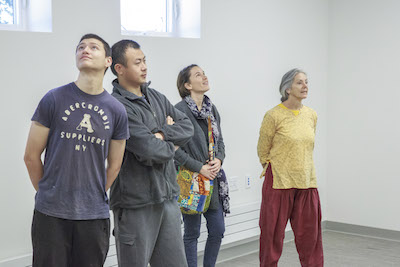 The university, which has been occupying the oldest building on the entire campus for the past 40 years — the one adjacent to the Jyun Kang Vegetarian Restaurant, with the Buddha in the second floor window — has been growing by 20 percent per year since the introduction of its new undergraduate and masters level degree programs four years ago, said Wayne Chen, director of Admissions and Financial Aid, and according to Go, “in that building, as cozy and wonderful as it is and as much as we love it, we’ve come to realize that we cannot continue to grow as a university just within that space. We’re going to need more space. We’re going to need to provide more services to our students, and so that’s why we are moving here. We’re very excited to be starting our new class here in the fall!”

The newly renovated university building is at once inspirational, professional and contemplative. Go’s steady hand in the restoration was guided by the Buddhist principles that direct the flow of activity at the City of Ten Thousand Buddhas: Follow the flows of nature. Let the environment suggest how to live within it. Listen to the land. Use what is given, and take only what is needed. And in one’s own daily life, cultivate a mindfulness practice that allows one to decrease one’s own suffering so that the suffering of all beings can be attenuated, and ultimately, through the enlightenment of all beings, eliminated. [...read more]