Our association has been blessed with talented musician-monastics that have written and recorded dozens of original Buddhist songs. From folk, to rock, to beautiful ballads...you might be wonderfully surprised by the form that profound Dharma teachings can take! We’ve also added a playlist of Non-Buddhist Buddhist jams that takes you through a secular Buddhist journey. 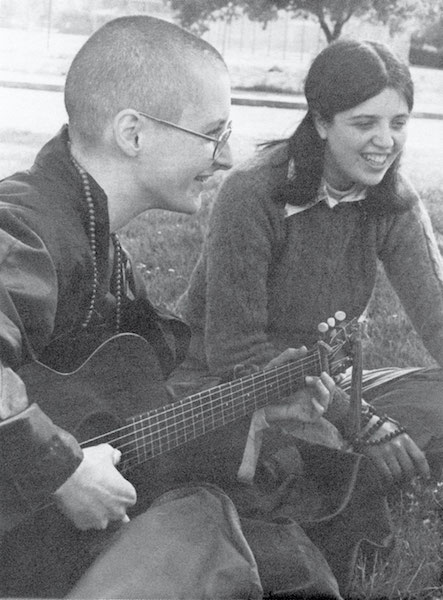 A pioneer in American Buddhist music, she wrote and recorded two full-length albums while she was a nun. Appealing to her fans, she even played a live concert with a full band. The age-old principles of Buddhism are interwoven with these catchy and relatable tunes. As one listener commented, “I think I’ve learned more from ‘Heart Like Glue’ than some Dharma talks I’ve been to!”

Check out an interview and a news article from the early 80s, when her music was first released. 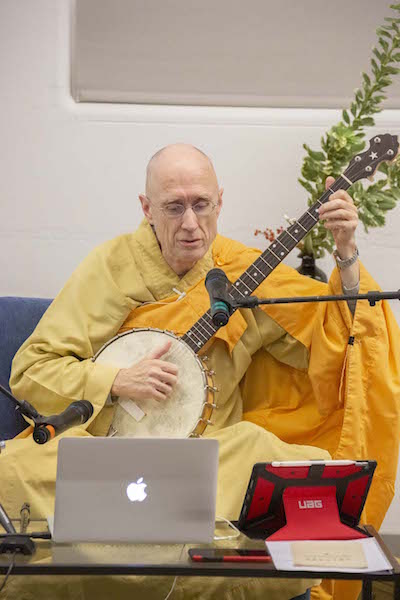 When Reverend Heng Sure was leaving home, he decided he had to give up music and sell his guitar. Master Hua took this opportunity for a teaching: “Can you learn to play the guitar so that your mind doesn’t move, so that the guitar doesn’t play you? This is America, not China. You have to use every skill you possess to teach the Dharma within your own Western culture. You know in this country for a Bhikshu to play guitar could be a very useful expedient means!”

This playlist takes you through a secular Buddhist journey. Hear how the music moves across the Four Noble Truths from acknowledging suffering all the way through finding a way out of it. Easy-listening songs with a variety of genres and popular artists from as early as 1934 to contemporary music.