In the Buddha’s footsteps. A Reflection by Sanju, MA '23

There’s an old Nepali saying, ‘One often ignores one’s nearest pilgrimage’. It was true in my case. Being born and raised in Nepal, I never visited Lumbini, the birthplace of Shakyamuni, until this summer. Here are some glimpses of Lumbini visit. 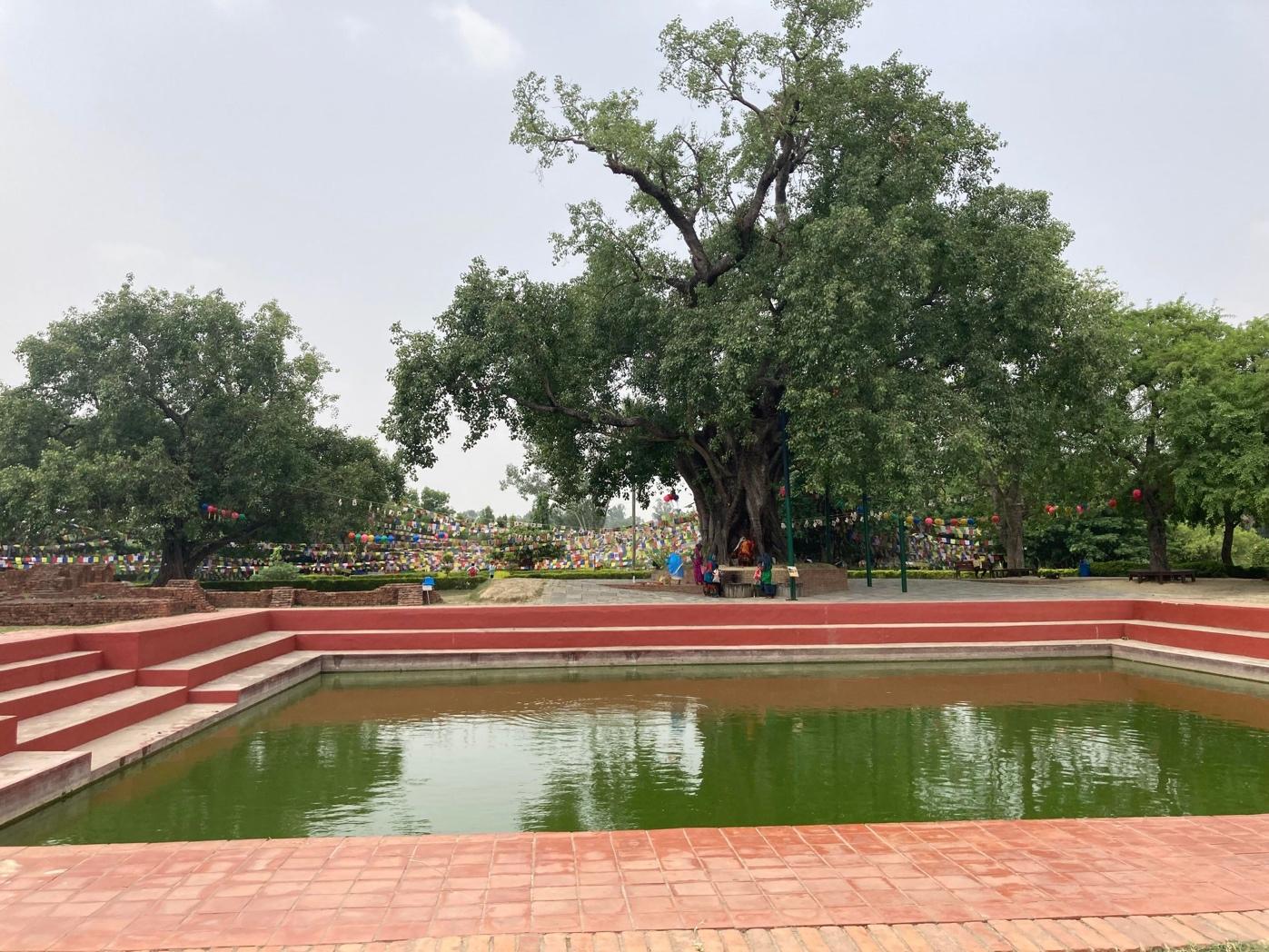 It is believed that they bathed Gautamā in this lake after his birth.
It is right by the side of Mayadevi Temple. 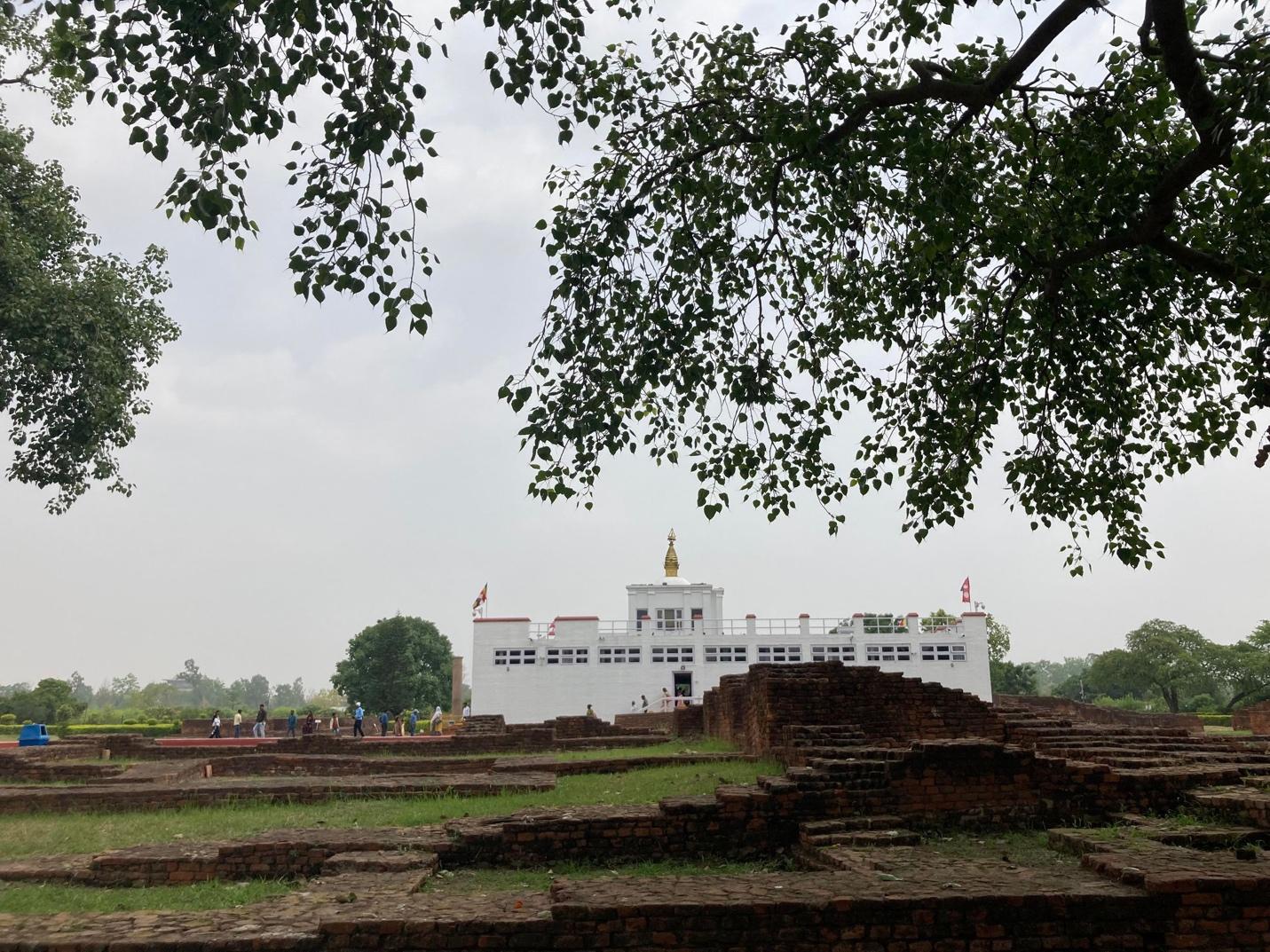 ‘Mayadevi Temple’, which houses the Buddha’s footstep (s?)
Interesting question – are there really seven steps?
(You should visit to find out! Or ask Google) 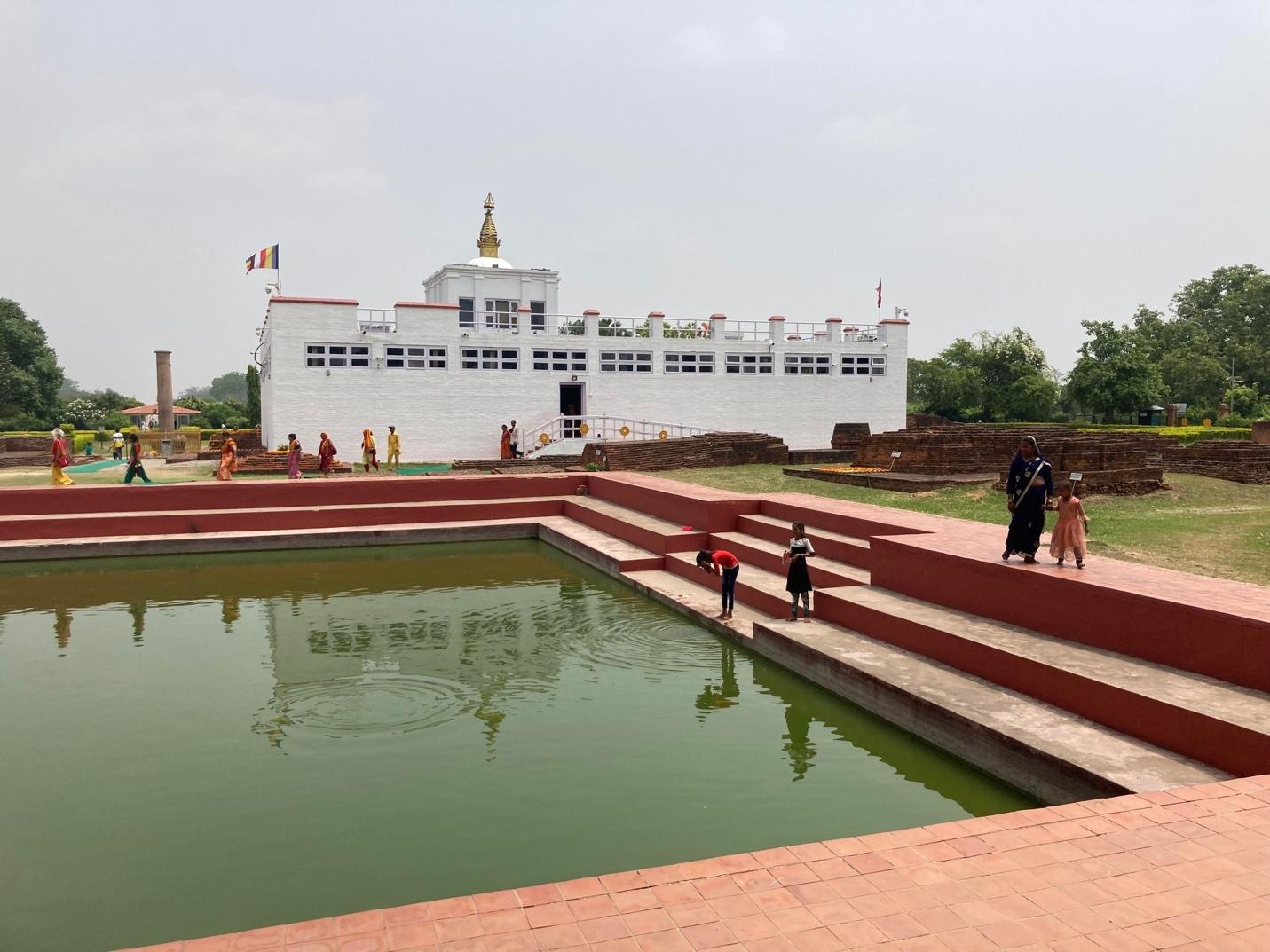 The temple and the lake in one frame.
Pilgrims often wash their faces with the water from the lake.
Interesting question – after more than two thousand years, is it the same lake? 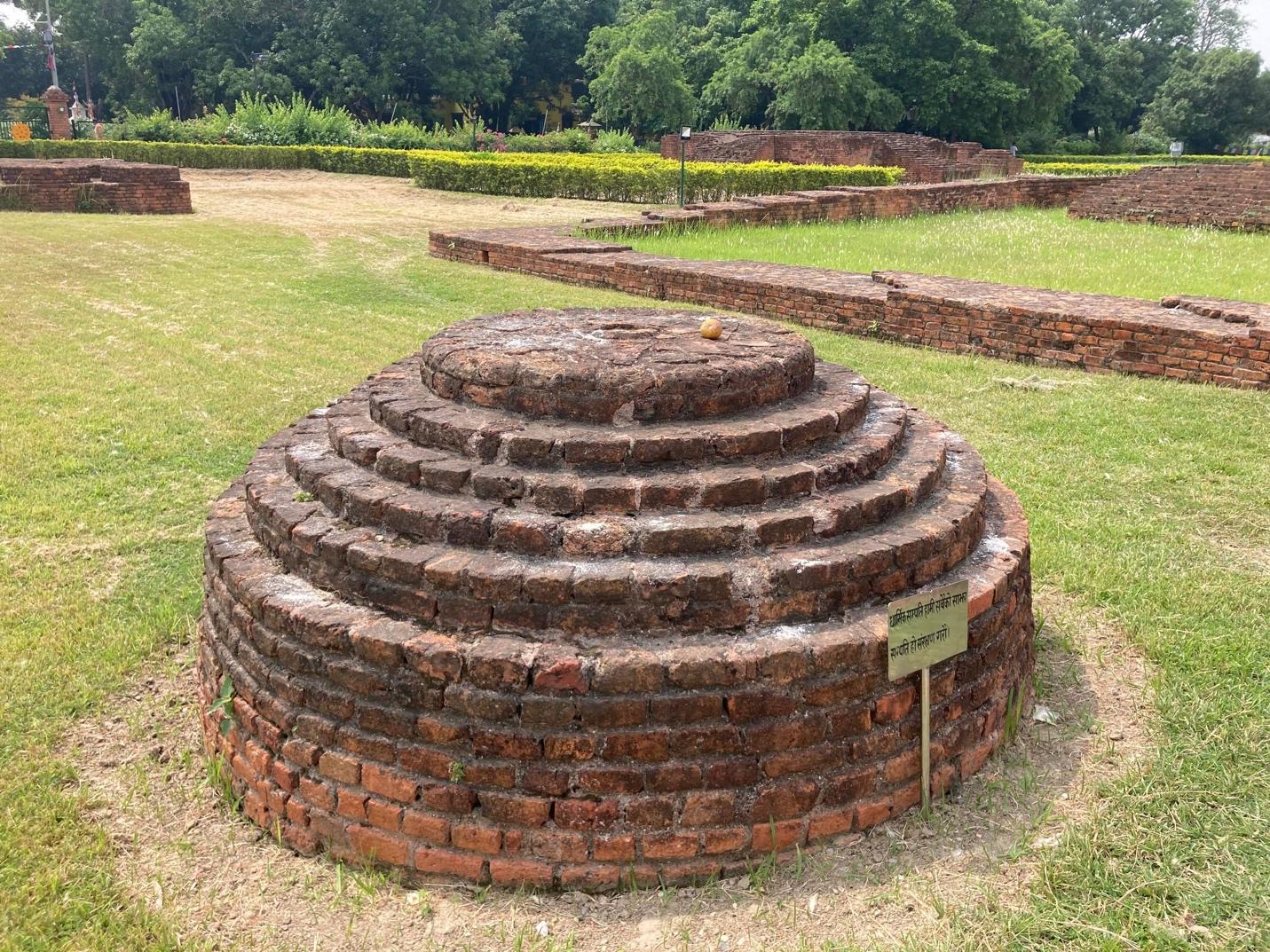 Protected archeological remains of structures dating all the way back to  3rd century BCE
These are believed to be built by King Ashoka. 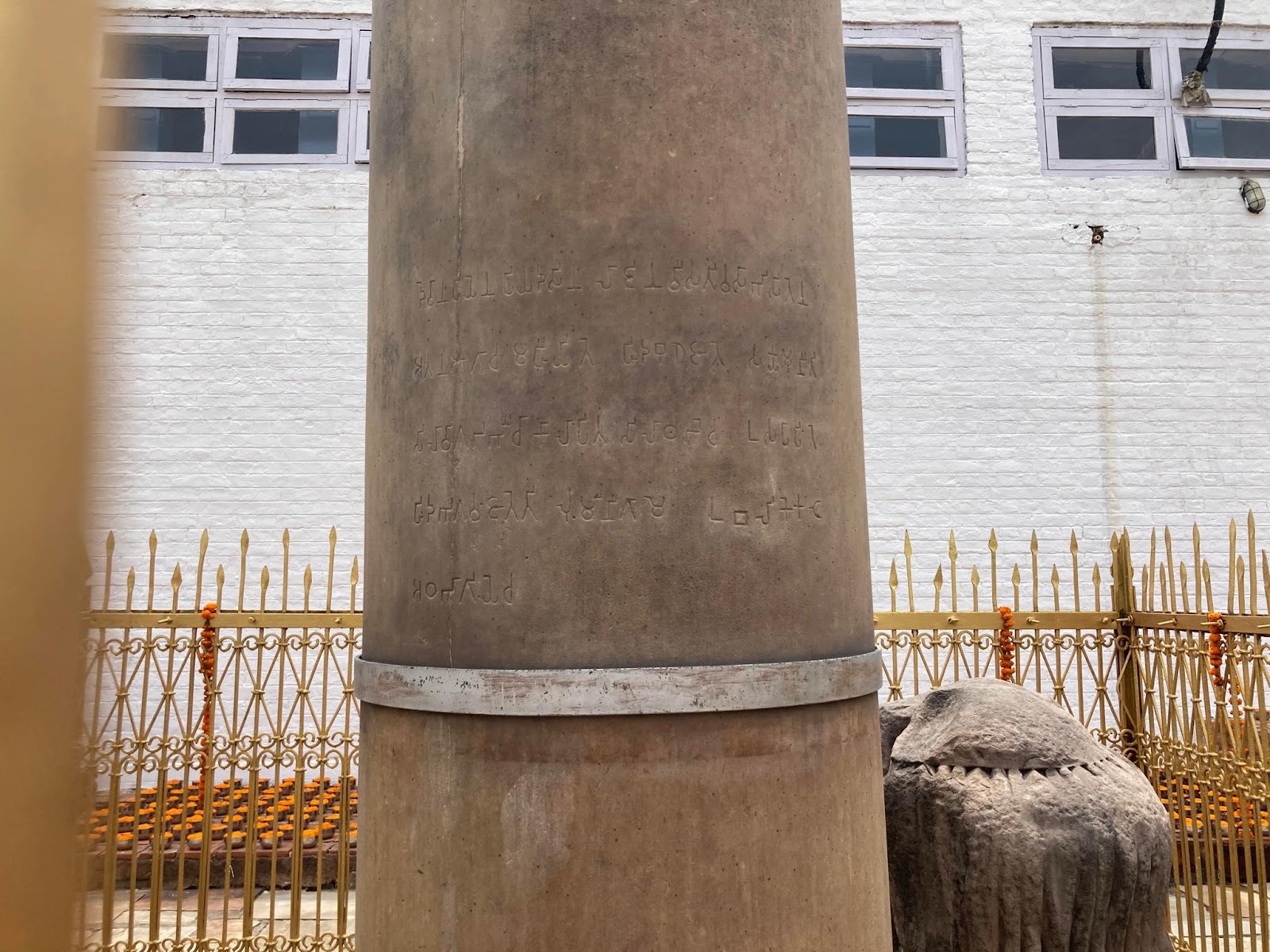 Ashoka Pillar, erected by King Ashoka during his reign from 268 to 232 BCE.
The inscription is in Brahmi Script (loosely translated in English below)

When King Devanampriya Priyadarsin had been anointed for twenty years, he came himself and worshiped (this spot) because the Buddha Shakyamuni was born here. (He) both caused a stone bearing a horse (?) to be made and caused a stone pillar to be set up, (in order to show) that the Blessed One was born here. (He) made the village of Lummini to be free of taxes, paying (only) an eighth share (of the produce).

Final thoughts—perhaps, the Buddha’s footsteps are imprinted within each of us rather than in some stone. And yet, the stone footprint can be a reminder for us to return to our own Buddha nature.