DRBU board member, Cynthia Chang, has been an active participant in her community for decades. In addition to serving on DRBU’s board, she has been serving on her local school board since the 90s. She shares with us reflections on education and how the mission of DRBU aligns with her values and how she raised her two sons! Hear more from her here.

Tell us about yourself.

My name is Cynthia Chang, and I am honored to be a Board Member of DRBU. I served as the Chair of the Board for 2011 and 2012 and I currently serve as Vice-chair. 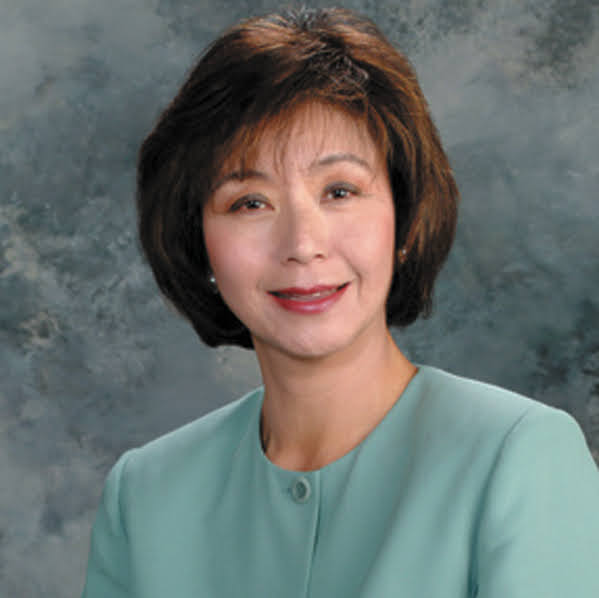 I was born and raised in Taipei, Taiwan. Our close family included six children, our parents, and my grandma. Both of my parents worked outside the home, but my grandma stayed at home. After school, I always looked forward to the snacks she prepared for us. We could not afford dining out or vacationing, but my parents emphasized the importance of education and made sure we always had the school supplies we needed, as well as nutritious, delicious food to eat. I have vivid memories of all nine of us enjoying dinner at a round table with everyone talking, listening and sharing what happened during the day. We were a happy family because my parents taught us to be good people who were always kind to others.

Confucianism, Daoism, and Buddhism have had a great influence on Chinese culture, in the same way that Christianity has influenced Western culture. Though I was not raised as a Buddhist, my grandma was a Buddhist. I would often see her counting her beads and reciting sutras with a smile on her face. Her calm, caring, loving manner left a strong impression on me.

In 1975, both my husband and I came to the US for graduate studies. After completing our degrees and beginning our careers on the East Coast, we moved to northern California in 1984. We settled in the small town of Saratoga where we raised our two sons, David and Darren.

(Editor’s note: David Yin later became a Buddhist monk with the Dharma name Jin Chuan Shi 釋近傳 and currently serves as the Chaplain and a instructor of DRBU. )

I decided to start my own CPA practice on a part-time basis so I could be more involved with my sons’ education and extracurricular activities. I began as a room parent, served as a PTA officer, an Education Foundation Board Member, and eventually became a school district Board Member. I was elected to the Saratoga Union School District School Board and served from 1994-1998. I served in the same capacity on the Los Gatos-Saratoga Union High School Board where I am currently serving my 23rd year. I’ve been actively involved in our local community as a volunteer and leader to promote understanding between different cultures and religions in order to bring the community closer together.

I was named "Woman of the Year" for California District 24 by State Assemblyman Jim Beall who wrote the following remarks: "Ms. Chang's lengthy record of civic and community involvement exemplifies the spirit of the Woman of the Year award. She has given back to her community in a multitude of ways for decades."  Indeed, it was a great honor and recognition not just for me but all the wonderful people I have worked with over the years. I am also currently serving as president of Asian Pacific Islander School Board Members Association, an organization that works diligently to promote inclusion and equality in the California K-12 curriculum.

How does the DRBU mission resonate/relate with your way of life?

As a young man, my elder son David became very much interested in Buddhism and joined the Dharma Realm Buddhist Youth group to further his Buddhism studies. One day he brought home a book that detailed Master Hua’s views on education: “The purpose of education is to Understand the Principles (明理), not to gain Fame and Fortune (名利)”(the characters have similar pronunciations, yet opposite meanings). This principle really resonated with me and aligned with my own beliefs. I firmly believe in the whole-child/person education reflected in the DRBU Mission Statement of “a tradition characterized by knowledge in the arts and sciences, self-cultivation, and the pursuit of wisdom.” 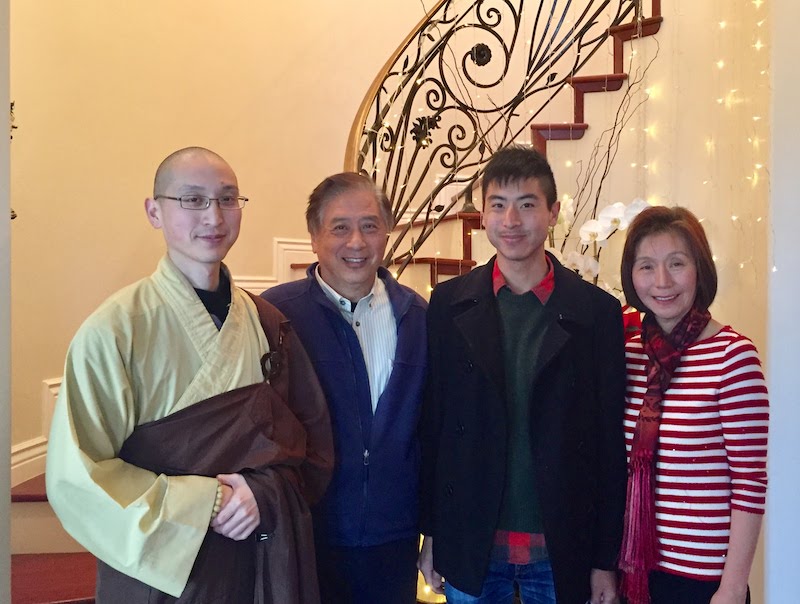 An example of how this principle manifested in my everyday life came when our family used to subscribe to the Mercury News. I would select one of the news articles during the day and ask my sons to read the article after school or at the dinner table. Then we would have a group discussion about our perspectives. Our family did not have any particular religion, though we were more oriented to Confucianism and Buddhism. But through these discussions I realized the influence Christianity has on Western culture and I wanted my sons to gain a better understanding of it. So I bought two Bibles, one for a young adult and the other one for an elementary schooler. Looking back and reading the DRBU mission statement, I realized it coincides with what I tried to do in raising my sons: Help them develop a capacity for learning that is dialogical, interactive, probing, and deeply self-reflective. As both of my sons are avid readers, it was very comfortable for them just to stay in their rooms reading and avoid engaging in outside activities. So I encouraged both to join youth sports activities and the local troops of the Boy Scouts of America. I am proud to say both have earned Eagle Scout ranking (the highest ranking in BSA) and have gained a lot of skills which will stay with them for the rest of their lives. To this day, our family members continue to share reading/video materials that lead to discussions afterwards.

In my professional life, the knowledge and experiences I’ve gained as a local School Board Member have prepared me to serve on the DRBU board. I am so pleased to see what our collaborative efforts have accomplished over the years such as the WSCUC accreditation of DRBU. I am also very impressed with the range of regular and extension courses offered by DRBU. I’ve even been taking classes myself! I recently joined the retreat on Mindfulness of Breathing and enjoyed it very much.

What inspires/motivates you as an individual?

Knowing that I can make a difference inspires me as an individual. I also enjoy working with others toward a common goal which benefits the community, society, children, and adults.

What does a meaningful or fulfilled life look like to you?

A meaningful life to me is a life with a purpose, and each step I am taking is with good intent, gratitude, honesty, and integrity. I did not grow up as a Buddhist and feel so fortunate that in my later life I have encountered Buddhism, which provides me with a solid foundation to live a fulfilled life.

During my high school senior year, we had to memorize Analects of Confucius as part of our Chinese curriculum. I did not appreciate them as much. To my surprise, when I was raising my two sons, I found myself quoting often what I memorized then. Below are two of the quotes:

“As I walk with two other people, both are my teachers. From the good, I learn. From the bad, I reflect and grow.”

“Don’t do to others what you don’t want others do to you.”