We are excited to share that Ajahn Sucitto, one of the senior monks from the Ajahn Chah tradition, will be giving a guided meditation, Dhamma talk, plus Q&A on Saturday, April 10th 9:00-10:15 AM PST on the themes of self-hatred, self-doubt, and negative thought patterns. You can check out some of his writings on this topic in this booklet-- "Unseating the Inner Tyrant." 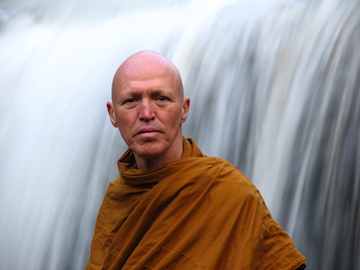 Ajahn Sucitto entered monastic life in 1975 in Thailand, but since 1978 he's been based in Britain. He spent fourteen years training under Ajahn Sumedho, the senior Western disciple of Ajahn Chah. Ajahn Sucitto was one of the original group of who founded Chithurst Monastery Cittaviveka in 1979. He was, between 1992 and 2014, the abbot of Cittaviveka, Chithurst Buddhist Monastery.