Politics of the Common Good in Early China with Dr. Michael Nylan

During the early empires in China, it was the Shangshu 尚書(Venerable Documents) classic, in twenty-nine chapters — not the Analects, Great Learning, or the Mencius — that was deemed the chief repository of political wisdom. For that reason, the Shangshu was repeatedly "reconstructed" and revised in imperial times, and down to today, the Shangshu remains a site of fierce contestation, since it looms large in the cultural nationalists' narratives depicting China as the "oldest, continuous civilization" on earth. Together with its companion piece, the Yi Zhoushu, the Shangshu provides an extraordinarily valuable entree into political ideals and perceived policy problems, and what we find is that the two sets of writing do not lend support to the contemporary "Asian values" discourse, i.e. the self-Orientalizing rationale that casts human rights and democracy as antithetical to Chinese tradition. Instead, the Shangshu and Yi Zhoushu provide abundant evidence that early thinkers in China argued that the stability of empires rested on wide consultation with disparate groups and adjusting the prevailing hierarchies, as needed. That is what the lecture will try to show.

Michael Nylan is the product of her training by her teachers, including Nathan Sivin, Michael Loewe, Henry Rosemont, Jr., Paul Serruys, and Herbert Fingarette, not to mention friends. She has written on a range of interdisciplinary topics such as political rhetoric, gender construction, the Five Classics and their place in Chinese history, the martial and the civil, Rome vs. Han Chang'an, and pleasure, and her interests span the time period from early China to contemporary times. 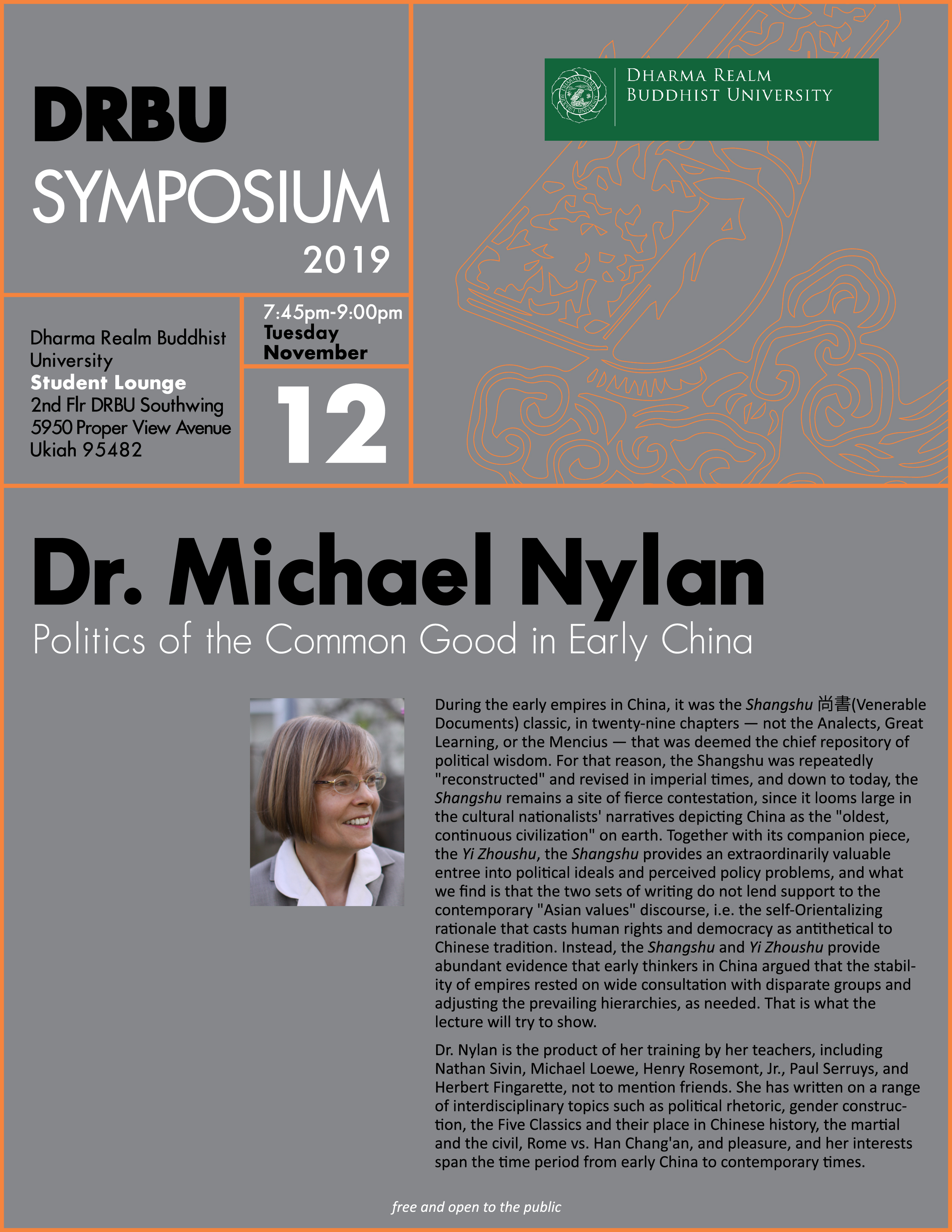