How NOT to Rectify Names: Confucius on the Philosophy of Language

How NOT to Rectify Names: Confucius on the Philosophy of Language
Date and Time
September 13, 2022, Tuesday
7:00-8:30 PM PST
Online via Zoom

Abstract
Confucius visited the state of Wei when it was in a political crisis. He was asked what the first step should be in resolving the crisis, and gave the surprising answer: “It would, of course, be the rectification of names” (Analects 13.3). In this talk, I discuss the dramatic setting of this passage, its likely date of composition, and the history of its interpretations. This last topic illuminates Hans-Georg Gadamer’s thesis that interpreters inevitably bring presuppositions to the text, but that these presuppositions can be either enabling or disabling in the project of achieving genuine understanding.

Speaker Bio
Bryan W. Van Norden is James Monroe Taylor Chair in Philosophy at Vassar College (USA), and Chair Professor in the School of Philosophy at Wuhan University (China). A recipient of Fulbright, National Endowment for the Humanities, and Mellon fellowships, Van Norden has been  honored as one of The Best 300 Professors in the US by The Princeton Review. Van Norden is author, editor, or translator of ten books on Chinese and comparative philosophy, including Introduction to Classical Chinese Philosophy (2011), Taking Back Philosophy: A Multicultural Manifesto (2017), Readings in Later Chinese Philosophy:  Han to the 20th Century (2014, with Justin Tiwald), Readings in Classical Chinese Philosophy (2nd ed., 2005, with P.J. Ivanhoe), and most recently Classical Chinese for Everyone: A Guide for Absolute Beginners (2019).  He has also published multiple op-eds in the New York Times, and written a Ted-Ed video on Confucius that has been viewed over half a million times. Many of his books and articles have been translated into Arabic, Chinese, Danish, Farsi, German, Korean, Portuguese, Spanish, and Turkish. 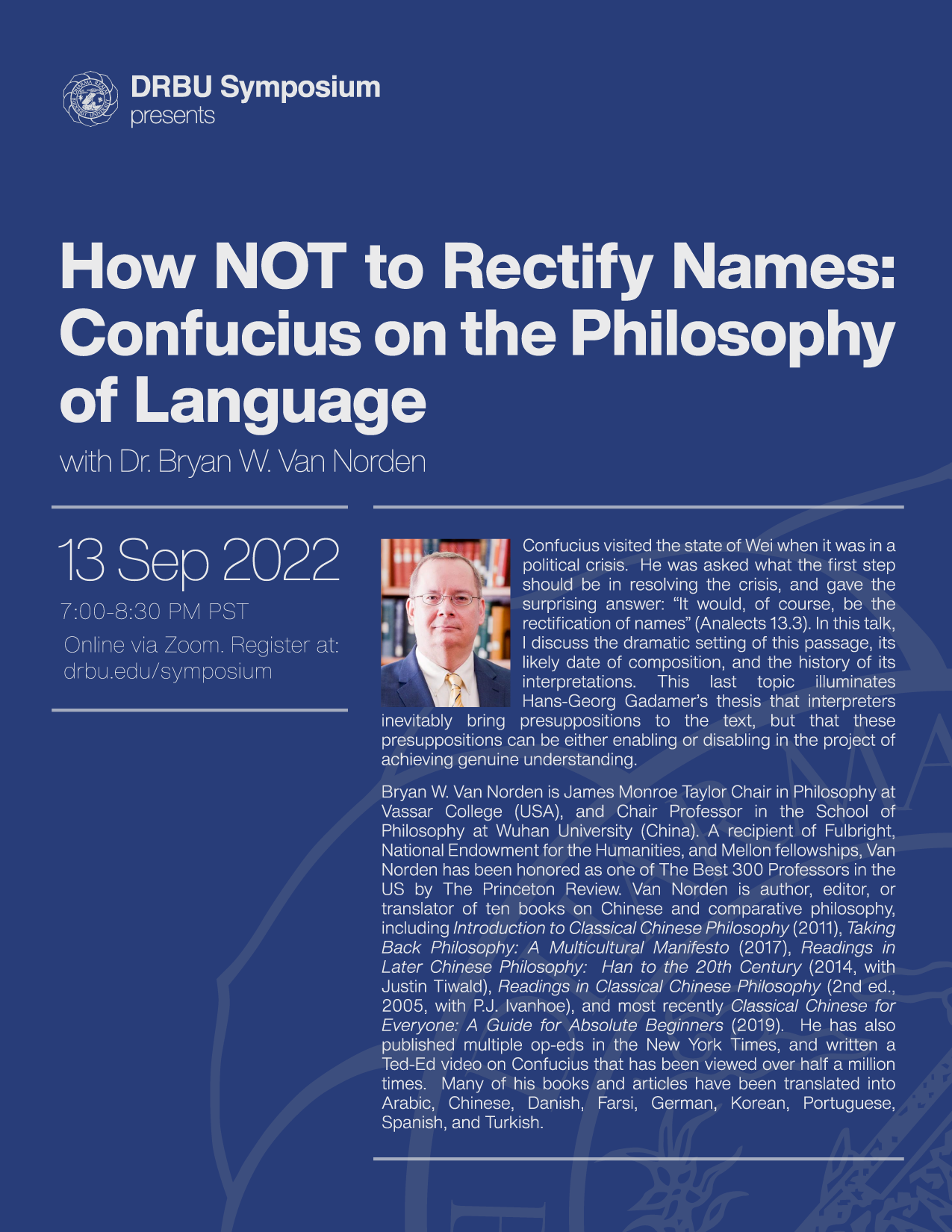