During the two-thousand year history of Buddhism in China, Guanyin has remained as the most famous Buddhist deity. A Chinese saying aptly describes the great popularity of this savior bodhisattva, “Everybody knows how to chant A-mi-tuo-fo, and every household worships Guanyin.” This talk will discuss how and why this came to pass. What are the scriptural bases of the cult, the rituals and practices which promote the belief, and the legends and visual culture which contribute its spread? More intriguingly, why did Guanyin become a “Goddess of Mercy”, a nickname coined by Jesuit missionaries, in late imperial China? The cult of Guanyin can serve as a case study of the mutual interaction between Buddhism and Chinese culture. 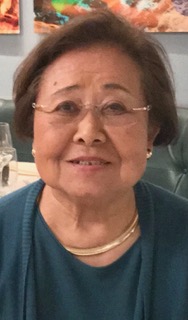 Chün-fang Yü was born in China and educated in Taiwan, graduating from Tunghai University with a major in English Literature and minor in Chinese philosophy. She came to the United States in 1959 to pursue graduate study. She received a MA degree from Smith College in English Literature and a Ph.D. from Columbia University in Religion, specializing in Chinese Buddhism. She taught at Rutgers, the State University of New Jersey for 32 years. She retired from Rutgers when she was invited by Columbia University to start a PhD program in Chinese Buddhism. After having taught at Columbia for ten years, she retired in  2013.

Dr. Yü is the author of The Renewal of Buddhism in China: Chu-hung and the Late Ming Synthesis, Kuan-yin: The Chinese Transformation of Avalokiteśvara, Passing the Light: The Incense Light Community and Buddhist Nuns in Contemporary Taiwan, and Chinese Buddhism: A Thematic History.