Translating the Commentarial Genre of Buddhist Chinese: A Case Study of Wŏnhyo’s (617-686) Kŭmgang sammaegyŏng non (Exposition of the Vajrasamādhisūtra)*
Wednesday, Sept. 25, 7:45-9:00 pm, DRBU University Building, Room 120*This seminar is open to the public with advance reservation. Please RSVP by Sept. 24 to iitbt@drbu.edu to reserve a space.

Robert E. Buswell Jr., Distinguished Professor of Buddhist Studies in the UCLA Department of Asian Languages and Cultures, is the Irving and Jean Stone Chair in Humanities at UCLA, and the founding director of the university’s Center for Buddhist Studies and Center for Korean Studies. From 2009-2011, he served concurrently as founding director of the Dongguk Institute for Buddhist Studies Research (Pulgyo Haksurwŏn) at Dongguk University in Seoul, Korea. He is widely considered to be the premier Western scholar on Korean Buddhism and one of the top specialists on the East Asian Zen tradition. He has published sixteen books and some forty articles on various aspects of the Korean, Chinese, and Indian traditions of Buddhism, as well as on Korean religions more broadly. Buswell served as editor-in-chief of the two-volume Encyclopedia of Buddhism (Macmillan Reference, 2004) and coauthor (with Donald S. Lopez, Jr.) of the 1.2-million word Princeton Dictionary of Buddhism (Princeton, 2014).

Buswell completed his B.A. in Chinese (1979), his M.A. in Sanskrit (1981), and his Ph.D. in Buddhist Studies (1983), all from the University of California, Berkeley. Before returning to academe, he spent seven years as an ordained Buddhist monk in Thailand, Hong Kong, and Korea. Buswell was elected president of the Association for Asian Studies (AAS) in 2008, the first specialist in either Korean or Buddhist studies to hold that position. In 2009, he was awarded the prestigious Manhae Grand Prize in Korea in recognition of his pioneering contributions to establishing Korean Buddhist Studies in the West. He was elected to the American Academy of Arts and Sciences in 2016. 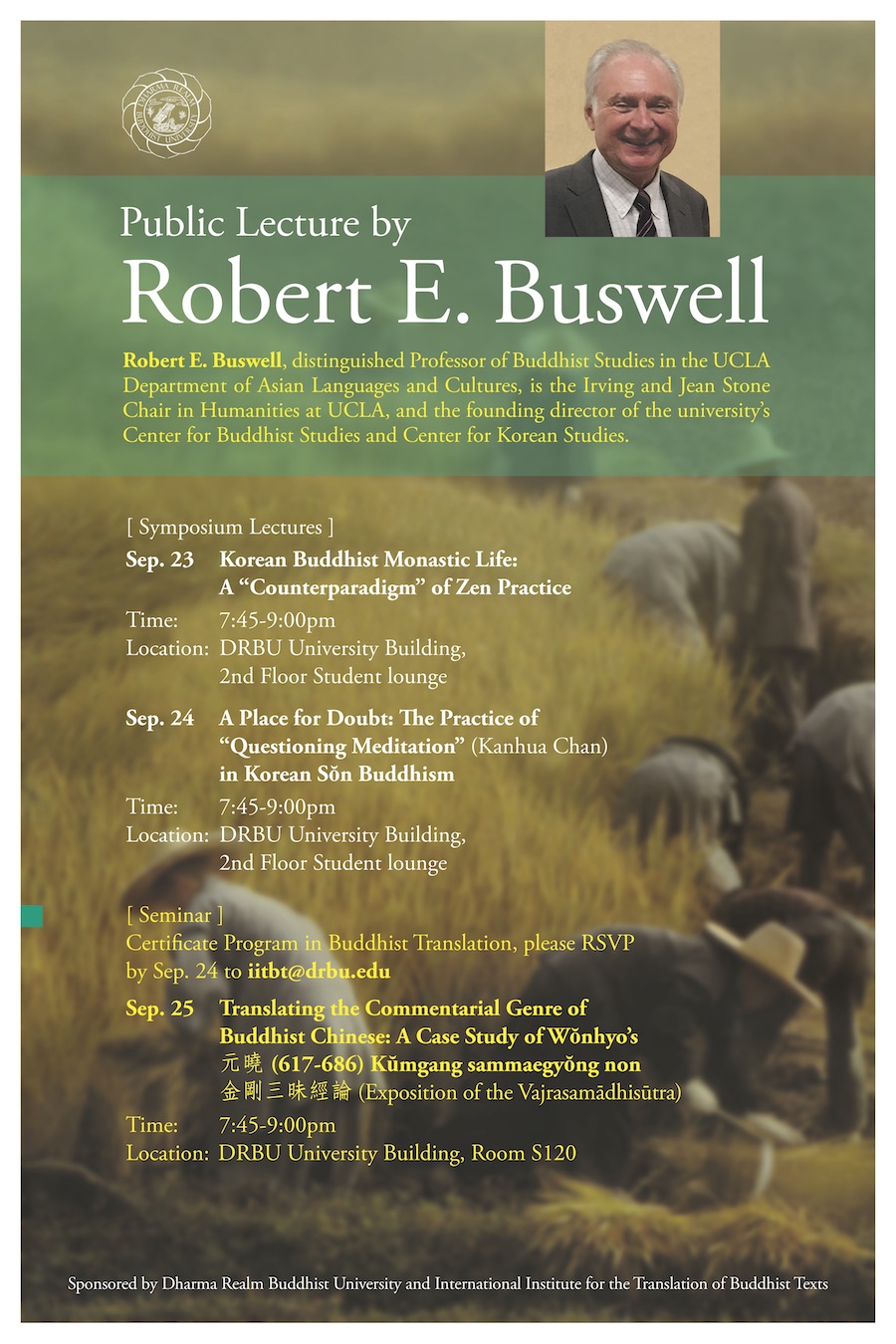