A Dhamma Talk with Ajahn Amaro

Born in England in 1956, Ven. Amaro Bhikkhu received a BSc. in Psychology and Physiology from the University of London. Spiritual searching led him to Thailand, where he went to Wat Pah Nanachat, a Forest Tradition monastery established for Western disciples of Thai meditation master Ajahn Chah, who ordained him as a bhikkhu in 1979. Soon afterwards he returned to England and joined Ajahn Sumedho at the newly established Chithurst Monastery. He resided for many years at Amaravati Buddhist Monastery, making trips to California every year during the 1990s.

In June 1996 he established Abhayagiri Monastery in Redwood Valley, California, where he was co-Abbot with Ajahn Pasanno until 2010. He then returned to Amaravati to become Abbot of this large monastic community.

Ajahn Amaro has written a number of books, including an account of an 830-mile trek from Chithurst to Harnham Vihara called Tudong - the Long Road North, republished in the expanded book Silent Rain. His other publications include Small Boat, Great Mountain (2003), Rain on the Nile (2009) and The Island - An Anthology of the Buddha's Teachings on Nibbana (2009) co-written with Ajahn Pasanno, a guide to meditation called Finding the Missing Peace and other works dealing with various aspects of Buddhism. 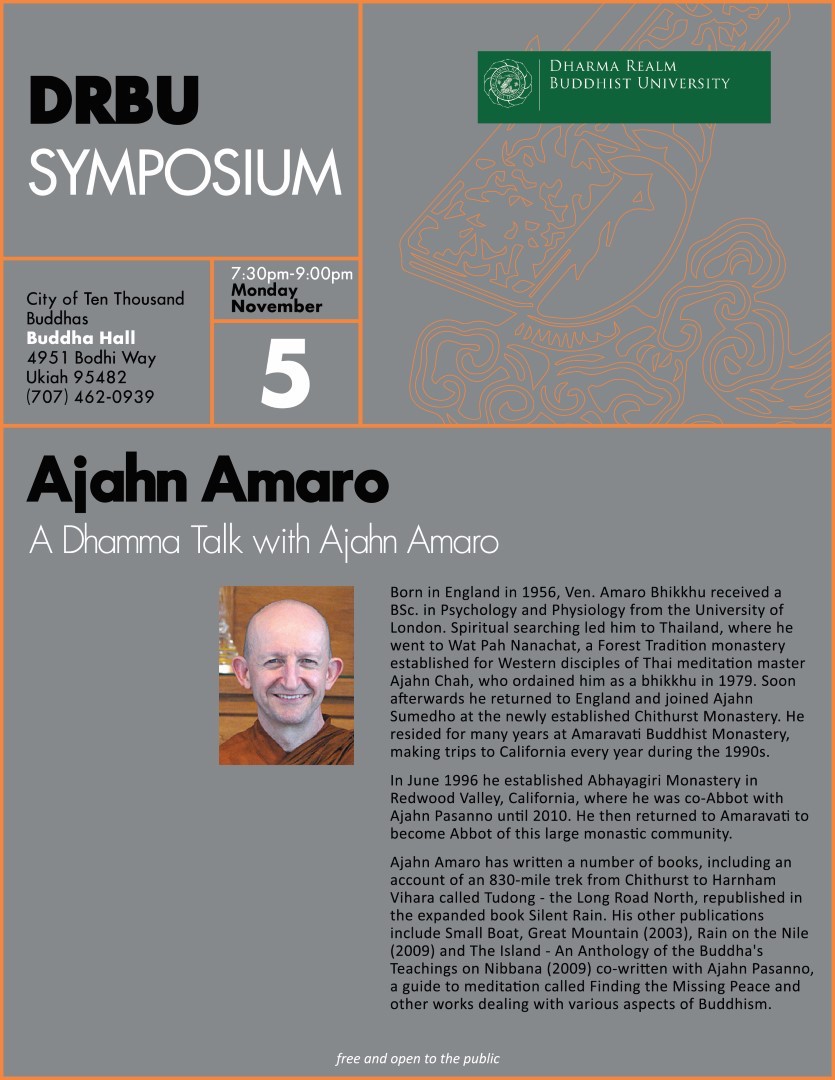