Abstract
Miguel de Cervantes portrays Muslims (both satirically and romantically) in Cervantes’ renowned novel Don Quixote. Colorful Moriscos (Muslim converts to Christianity) and renegades (Christian converts to Islam) are mixed among the “old Christians” who populate the novel. Cervantes not only includes them in his cast of characters, but even adopts the conceit of translating the knight’s exploits from a serendipitously discovered Arabic manuscript written by the fabulous Moor, Cide Hamete Benengeli. In this lecture I will explore the question of why Cervantes attributes the authorship of his novel to a fictional Muslim.

About Dr. Michael Wolfe
Michael Wolfe has taught at St. John's College in Santa Fe, New Mexico, since 1999. He is also a graduate of the undergraduate program at St. John's. He received his Ph.D. in Religious Studies from Columbia University. 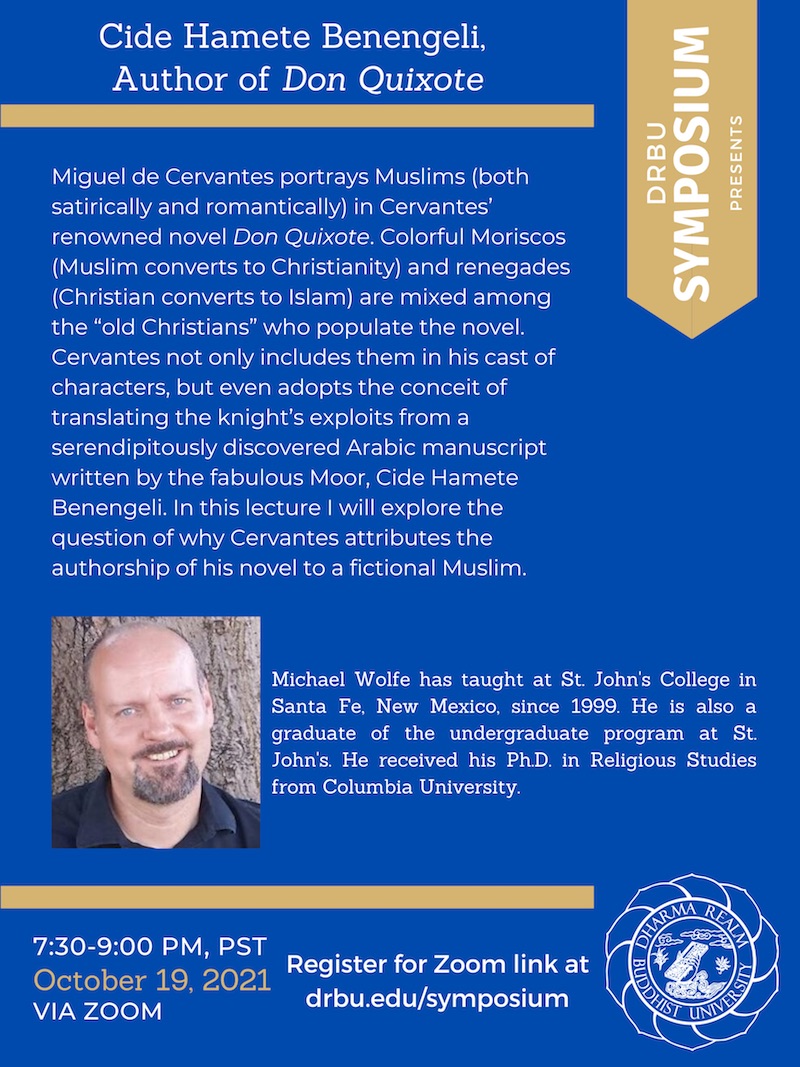