"A Buddhist Response to a World in Crisis" with Bhikkhu Bodhi

Abstract
Venerable Bhikkhu Bodhi will look at social injustice, climate change, and related issues from a Buddhist perspective, exploring ways that Buddhists can truly embody compassion and make a difference--both in our country and in the world. Venerable Bodhi will base his lecture on both ancient and modern primary texts. The ancient primary texts will be suttas from the Pali Canon; selected edicts of King Asoka; and passages from the Ratnavali, a work addressed to a South Indian king ascribed to the Buddhist philosopher, Nagarjuna. From these texts he will draw out a Buddhist perspective on the principles of governance that best accords with the Dharma. We will then jump ahead over the centuries to look at some modern primary texts--the preamble to the US Constitution, Franklin Roosevelt's Four Freedoms, and the UN Declaration of Human Rights--to determine the ethics of governance appropriate for our own time. Then, finally, we will consider the kinds of changes in our political and economic system that are needed to give substance to the ideas suggested by both the ancient and modern primary texts.

Biography
Venerable Bhikkhu Bodhi is an American Buddhist monk who has devoted a lifetime to study, practice, and service. After completing his PhD in philosophy, he traveled to Sri Lanka, where he received novice ordination in 1972 and bhikkhu ordination in 1973, both under the eminent scholar-monk Ven. Balangoda Ananda Maitreya. Ven. Bhikkhu Bodhi has many important publications to his credit, either as author, translator, or editor, including a translation of the entire Anguttara Nikaya, The Numerical Discourses of the Buddha (2012) and most recently, Reading the Buddha's Discourses in Pali: A Practical Guide to the Language of the Ancient Buddhist Canon (Wisdom Publications 2020). In 2008, together with several of his students, Ven. Bodhi founded Buddhist Global Relief, a nonprofit supporting hunger relief, sustainable agriculture, and education in countries suffering from chronic poverty and malnutrition. 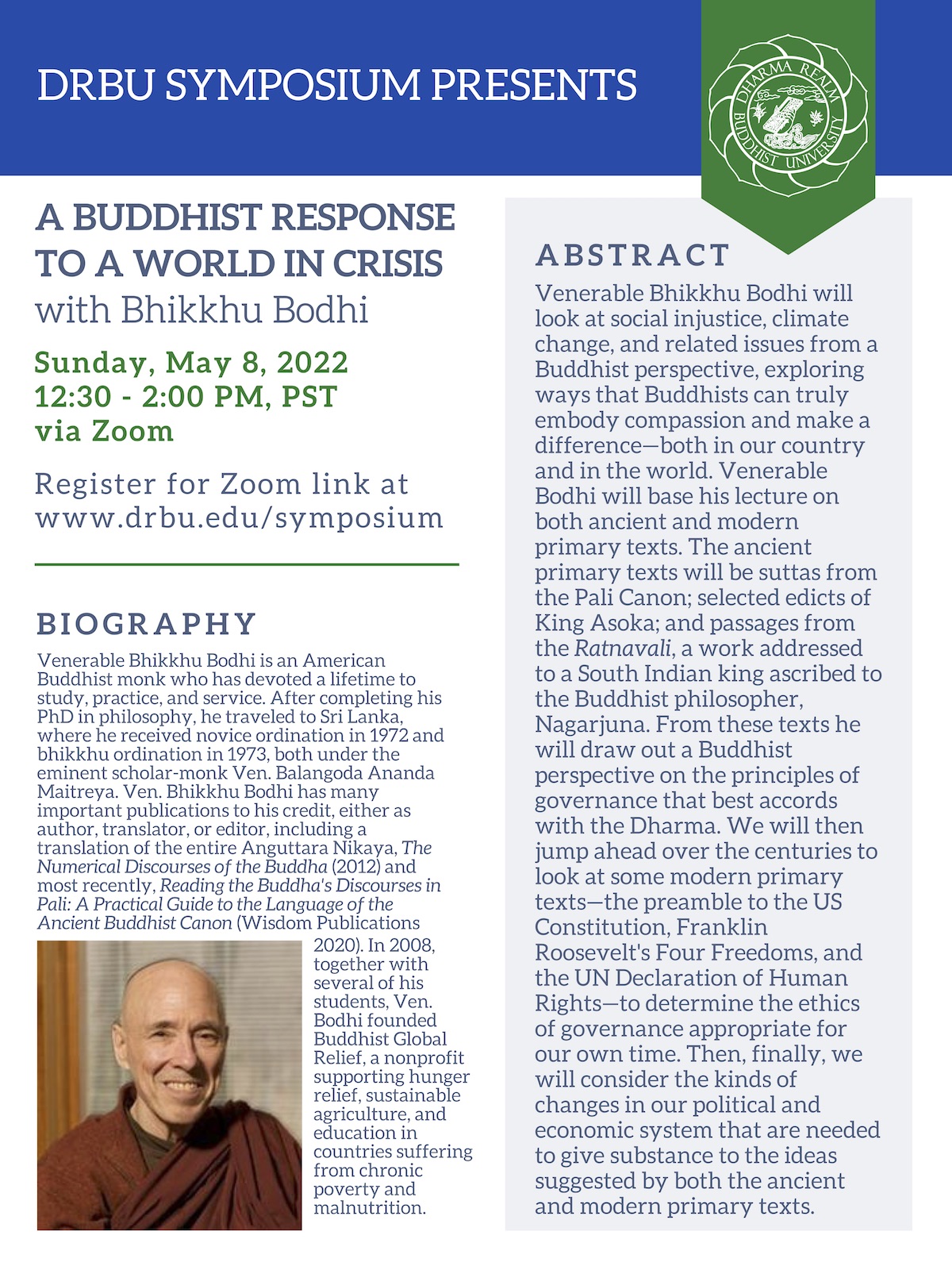