In the Buddha’s Footsteps

Professor Ronald Y. Nakasone recently returned from a pilgrimage, visiting sites in India and Nepal associated with the life and ministry of Śākyamuni Buddha. Through photographs and stories from the pilgrimage, he will share insights on the historically significant sites from the Buddha’s life, including the ongoing archeological excavation of Kapilavastu.

“In the Buddha’s Footsteps” is an extension of the current Dharma Realm Buddhist University Arts Initiative exhibition, Śākyamuni Buddha: A Story—a series of ceramic reliefs by artist Lorraine Capparell. Providing a fresh and inviting iteration on the life of Śākyamuni Buddha, these visual and tactile depictions animate anew the events that have inspired countless devotees throughout the centuries. The ceramic reliefs are based on ink washes rendered for Ethics of Enlightenment, Essays and Sermons in Search for a Buddhist Ethic by Ronald Y. Nakasone.

Ronald Y. Nakasone is a member of the Core Doctoral Faculty at the Graduate Theological Union in Berkeley, California, where he lectures on Buddhist thought and aesthetics. Professor Nakasone has produced scholarly publications on Buddhist doctrine, ethics, aesthetics, aging and spirituality, and Ryūkyūan (Okinawan) Studies. He is an ordained Jōdo Shinshū (Pure Land) cleric and a sho (calligraphy) artist.

Born and raised in Hawai‘i, he studied at University of Hawai‘i, Ryūkoku University, and University of Wisconsin-Madison. He received special recognition from the Thai Royal family for contributions to Buddhist studies in 2008 and was the recipient of the 2011 Sarlo Excellence in Teaching Award from the Graduate Theological Union. 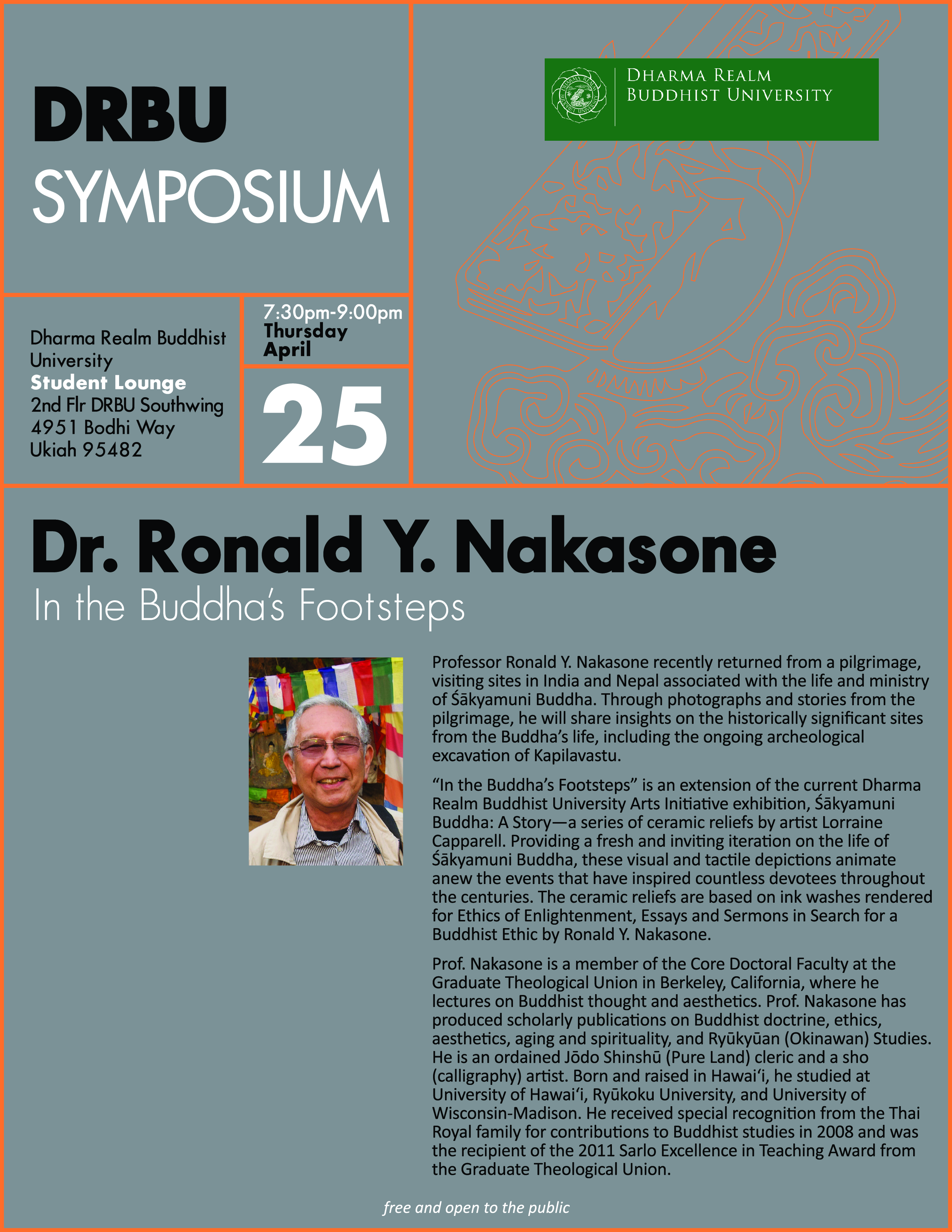