The earliest preserved Buddhist manuscripts (as well as the oldest preserved manuscripts from South Asia) were written on birch‐bark scrolls in the Middle Indian language Gāndhārī and the Kharoṣṭhī script. The were produced between the first century BCE and the third century CE, and only recently rediscovered in the ruins of ancient Buddhist monasteries in what is now Pakistan and Afghanistan. In antiquity, this region was one of the centers of the Buddhist world, and it is from here that Buddhism was first brought to the Silk Road and, ultimately, to China. It has become clear that many of the earliest Chinese translations of Buddhist texts were based on Gāndhārī originals, so the newly discovered manuscripts also shed light on early Chinese Buddhist literature. This lecture will provide an introduction to the Buddhism of ancient Gandhāra and its rediscovered literature, show how scholars decipher and study the Gāndhārī manuscripts, and discuss their relationship to Pali and Chinese Buddhist literature.

Stefan Baums teaches Sanskrit, Prakrit and Pali language and literature and Buddhist Studies at the Institute for Indology and Tibetology of the University of Munich and serves as lead researcher of the Buddhist Manuscripts from Gandhāra project at the Bavarian Academy of Sciences and Humanities. Before joining the University of Munich, he held positions at the University of Copenhagen, the University of Washington, the University of California, Berkeley, and Leiden University. His research interests include Buddhist philology and epigraphy, classical Sanskrit court literature, the development of Buddhist hermeneutics, and the description of Gāndhārī language and literature. His current work focuses on the decipherment and edition of four Gāndhārī manuscripts containing commentaries on early Buddhist verses and the Saṃgītisūtra and a study of the historical connections and exegetical principles of this group of texts. He is editor of the Dictionary of Gāndhārī and co‐editor of the Gandhāran Buddhist Texts series. 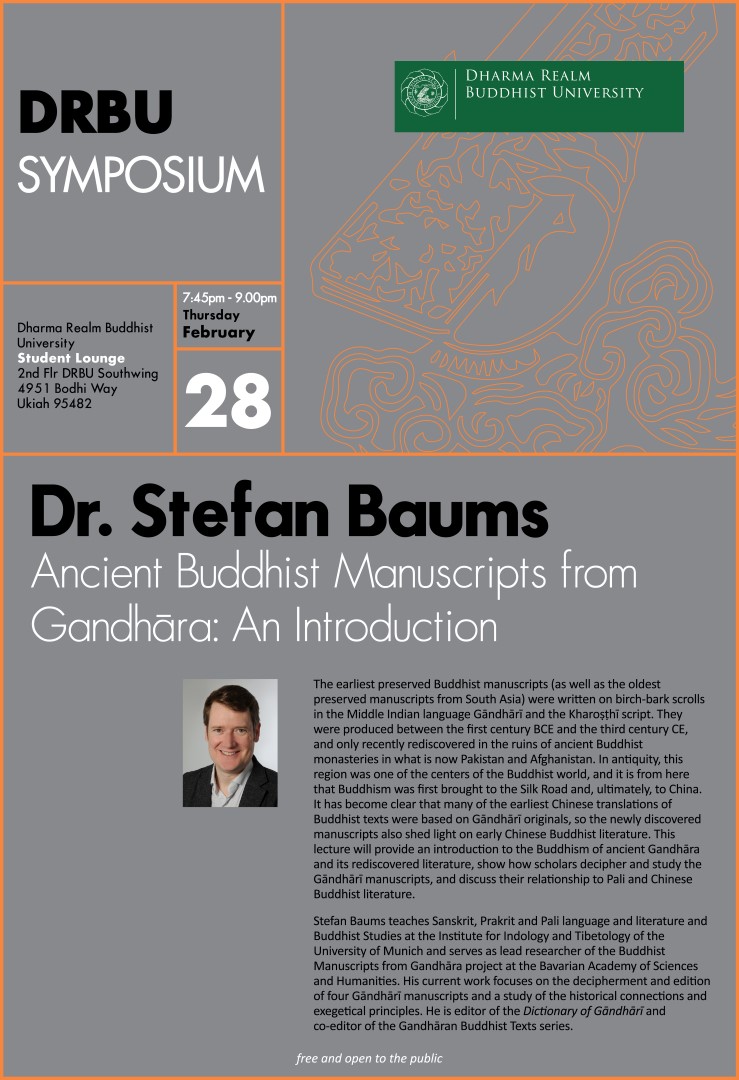